Here are some video previews of Microsoft Flight Simulator 2020.

“New Microsoft Flight Simulator 2020 - List of Aircraft” takes you through the various aircraft models that will initially be available. More may become available before FS2020 is initially sold.

“Incredible Scenery, but how does it Fly? Real Pilot 1st look” is a 16 minute intro from an FS2020 public relations introduction held in Seattle in September 2019, a part of which includes a Q&A by the Development Team. The Team indicates it will initially roll out for Windows PC and Xbox.

“Microsoft Flight Simulator In-Depth Preview (4K)” Is a comprehensive and very informative 20 minute preview assembled from vignettes provided by the MFS Team and published by Squirrel on 4Oct19.

As you may have heard, version Tech Alpha 1 is already out to a chosen few. The release of Tech Alpha 2 is expected around 15 November.

Below is a summary article by Charlie Hall, who attended the Seattle FS2020 Demo Presentation.

For more vids from the MFS Team go to the Videos menu at:  https://www.youtube.com/channel/UCdWFNDBen7LQc0eZUiJPW4Q

Updates from the Development Team

A chronology of periodic updates from the MFS development team, now nearly weekly, can be seen at flightsimulator.com

10.24 – On the 24th, we will begin the process rolling out access to the Tech Alpha. So if you are wondering when build access will be provided, it will start on the 24th.

We are targeting mid-November to provide a timeline for Tech Alpha 2 release/availability.

11.21 – The MFS Team is aiming to provided an initial version of the SDK to 3d party developers by the end of the year so they can influence priorities as the MFS Team authors the SDK. FSX SimConnect will be supported as will additional modern standards like HTML for UI and glTF for 3D models. 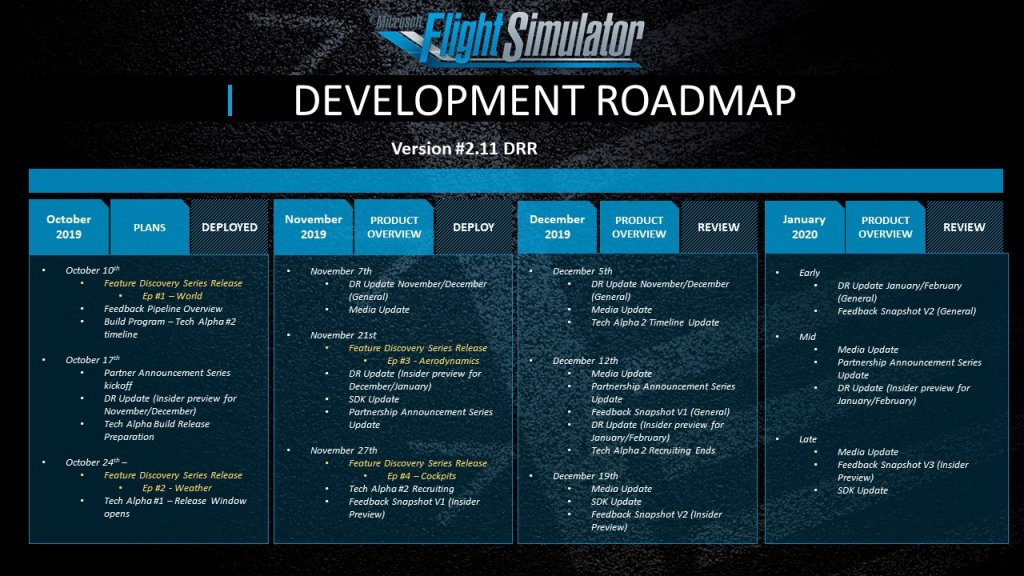 12.12 – December brought a partner visit by MFS Team members to Cubcrafters, where the Cubcrafter test Pilot spent some time flying the Tech Alpha 1 and its XCUB to compare the simulator to the real cub around area airports. He was impressed with the similarity, even on fine points.

Tech Alpha 2 will be released in January and invitations will go to chosen testers beforehand.

The Preview Software Development Kit (SDK) is planned for release to developers in mid-January and the Official V1 SDK should be released in March.

The window to volunteer (register) as an Alpha or Beta tester will open again in mid January at • https://www.flightsimulator.com/flighting-signup/ • Once you submit the requested info, the MFS Team selects and sends out invitations according to your equipment capabilities and its testing needs.

12.19 –  Check out some screenshots from Tech Alpha 1 at www.flightsimulator.com/

The first Feedback Snapshot was posted in the MFS Insider area (Insiders are those who have registered to be Alpha and Beta testers). 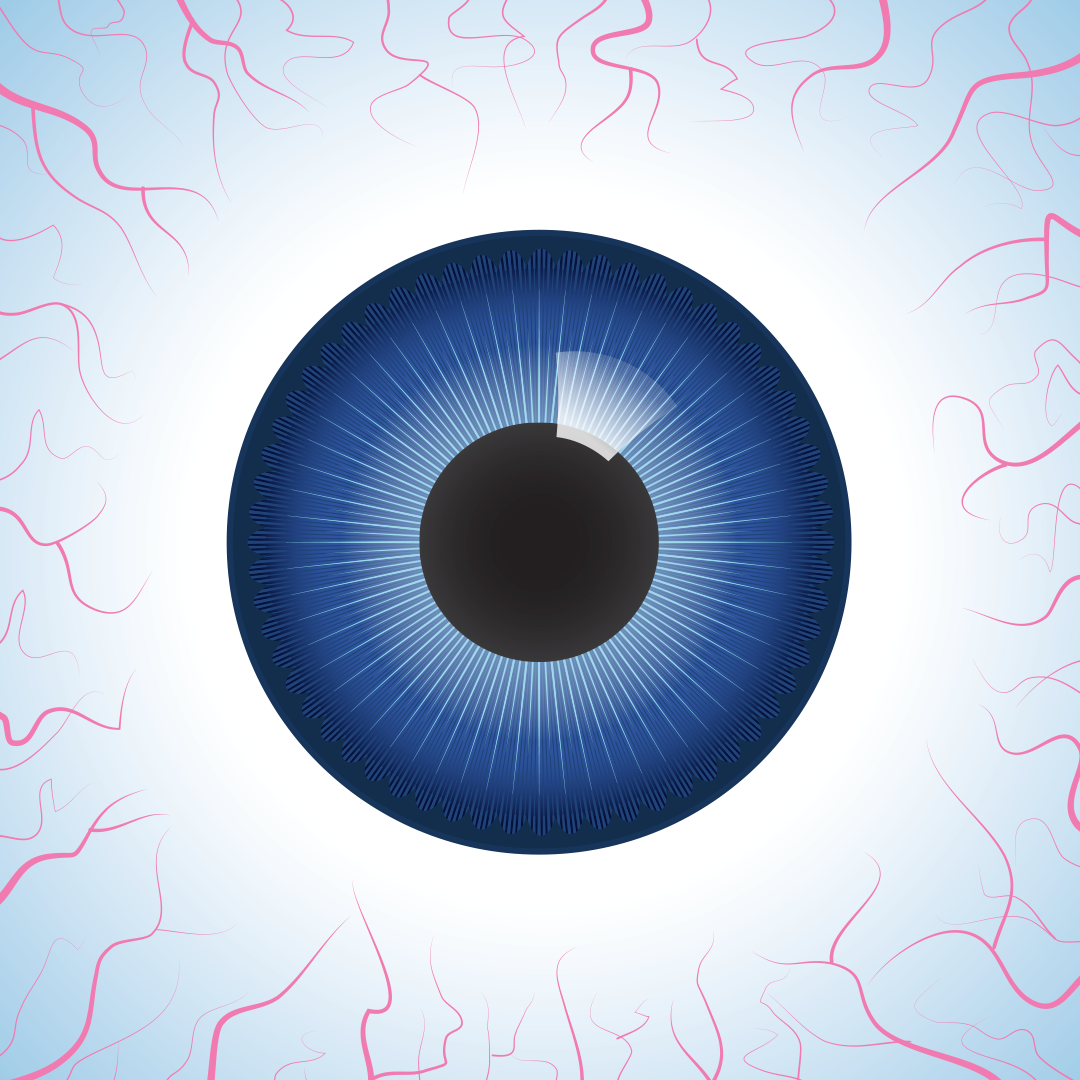 NeoDan123
As far as i know everyone that is participating in the testing had to sign a NDA. Hope the creator of this video had permission from the developers to make the video. TwiggyChimera77
Personally, I think this is the most ambitious game I've seen in a long time.

A. User
For See the words and have some experience in how a Airplane works this game is greate

The NDA agreement was that the attendees wouldn’t publish pics, etc., until 30 September.

Now that Tech Alpha 1 is out, we’ll see many more vids.

EggsBoxJuan
Is it out though, that is the question.  The sim does look pretty amazing, that I do know from the videos released so far, if it provides the level of detail shown in those videos then it will be a must have item for me. 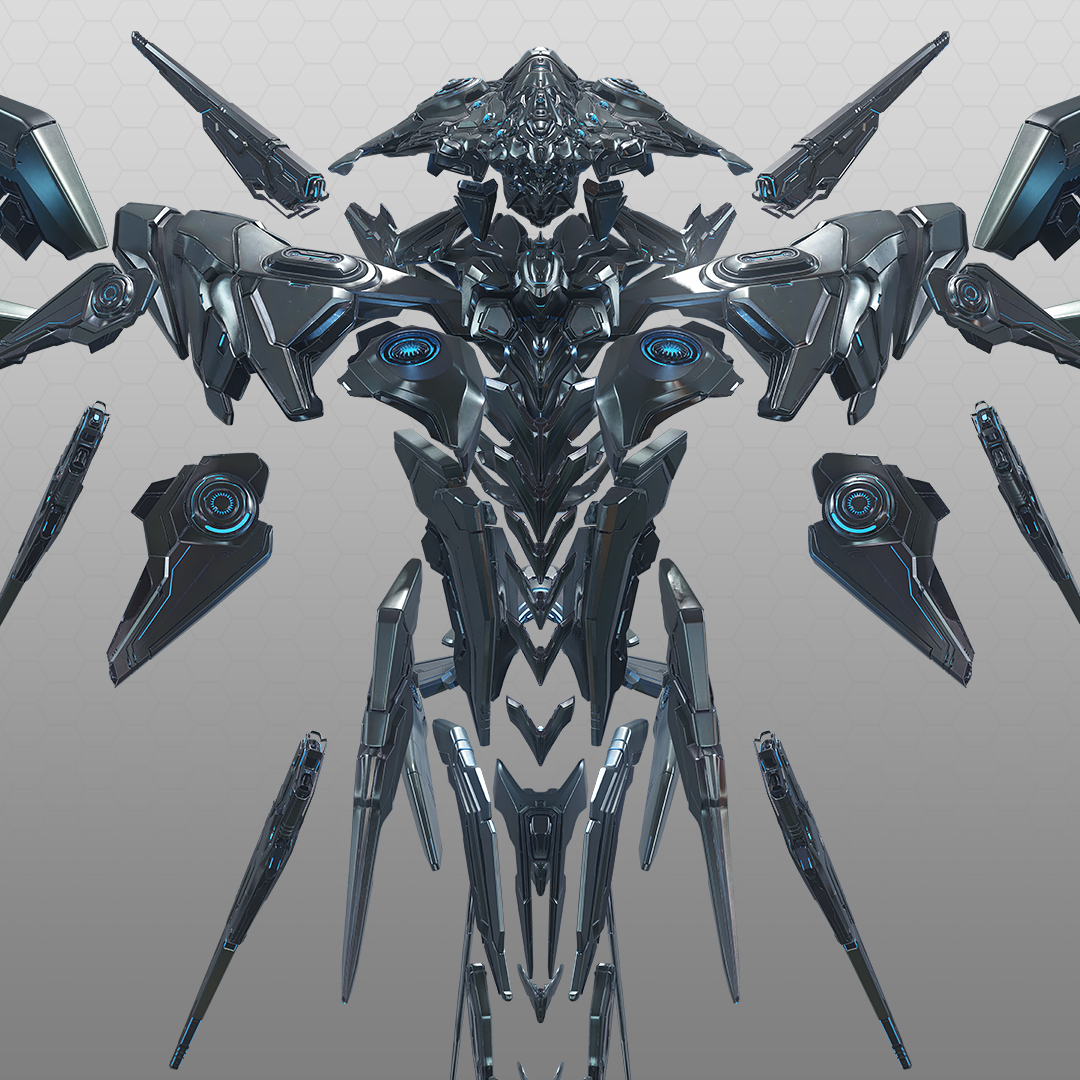 JohnnyXeo
This is a pass for me but glad they brought it back for fans. Itcharoo
I have very high hopes for this sim, if you watched the event where they flew a bunch of media creators and such to play and test the current build, you were fed exactly what they want you to see footage wise but damn it looks better than most air sims in it's current state ! Registered for FS insider so fingers crossed I get in :)

Itcharoo(aka Itchy)
If I solved a problem or helped you, please click Upvote or click yes to Did this solve your problem Thank you ! DI3Beezy
Everything I've seen about it looks good. I'm not really into flight games or simulation games, but I'd love to try this.