Summary
Windows 10 was launched in July of 2015. Since then, Microsoft has released eight major revisions (1511, 1607, 1703, 1709, 1803, 1809, 1903, 1909). Each revision includes significant enhancements making Windows 10 easier to use and more secure. Microsoft delivers new versions through multiple channels which includes: Windows Upgrade Assistant, Media Creation Tool and of course Windows Update. Depending on the method you choose to install Windows 10, here is how you can verify if you have latest version downloaded or installed.

Update: Starting with the Windows 10 Creators Update, Microsoft now deliver revisions of Windows 10 in predictable phases; March and September of each year. This will help customers, particularly businesses, plan their deployments smoothly. Learn more about these changes:

Before we start, please be sure to check out the following article:

How to know the Edition, Architecture, Channel and build of Windows 10 installed 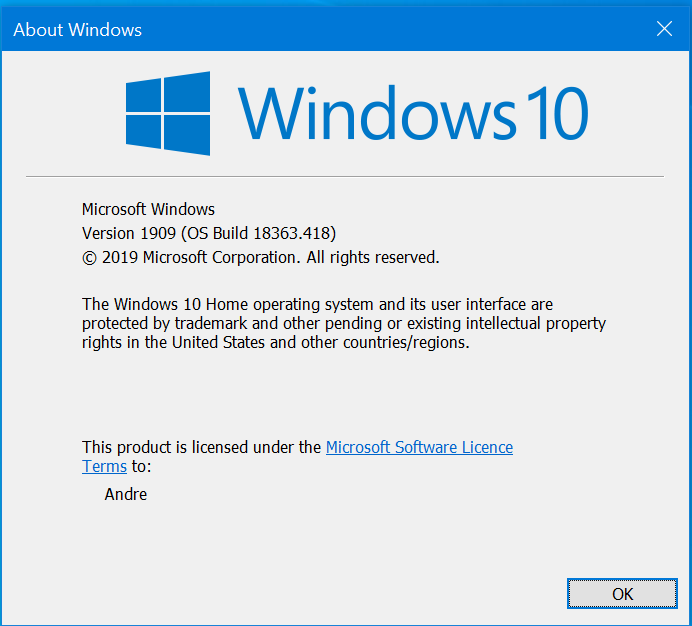 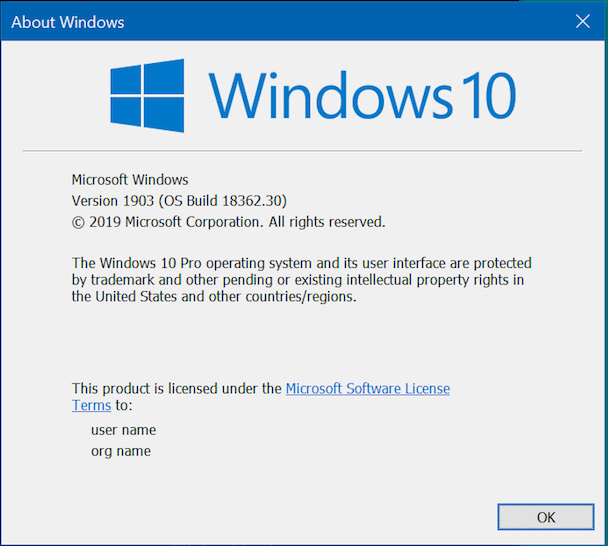 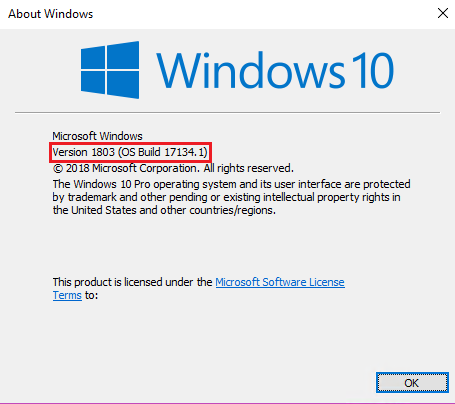 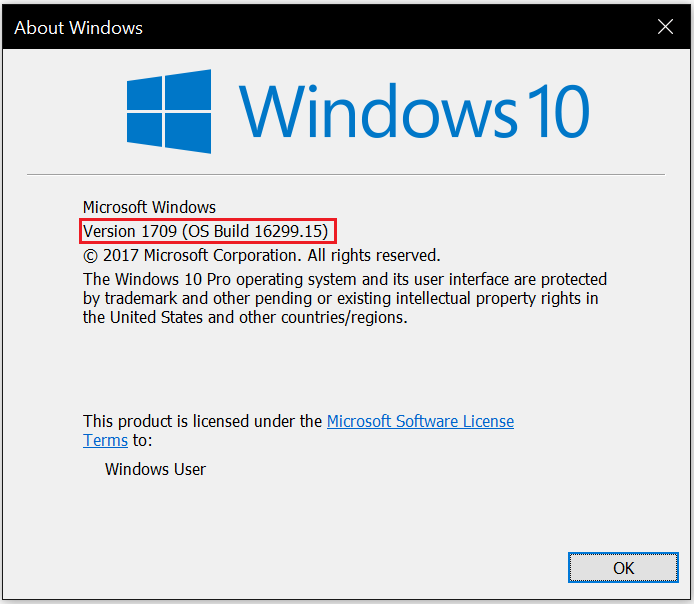 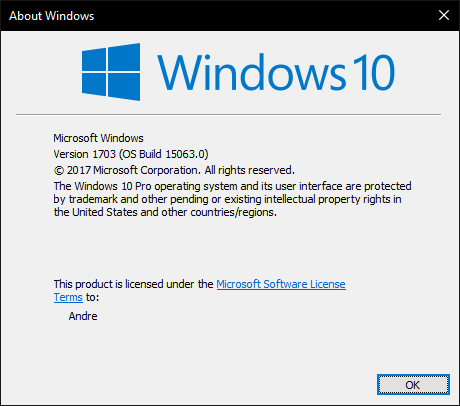 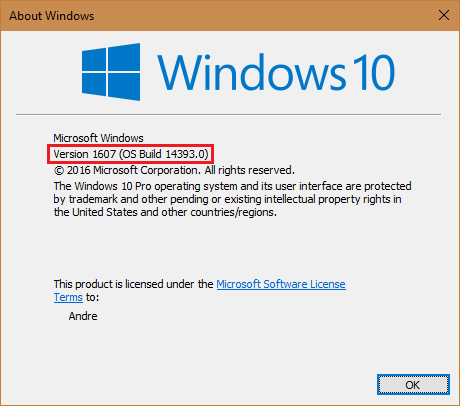 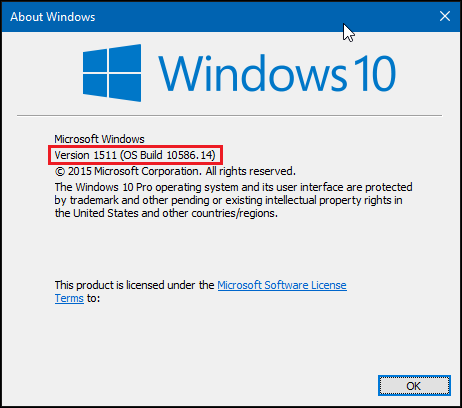 Where it says 1511, 1607 or 1703 will indicate the version you have installed. The first two numbers represent the year, followed by the month:

You will also notice the build number has increased. Please note where it says .1 will change depending on when you installed your particular Feature Update and when it was updated. For example, if you run Windows Update as of this writing it will display .1. The Windows 10 Spring Creators Update is currently at 17134.1 as of this writing. 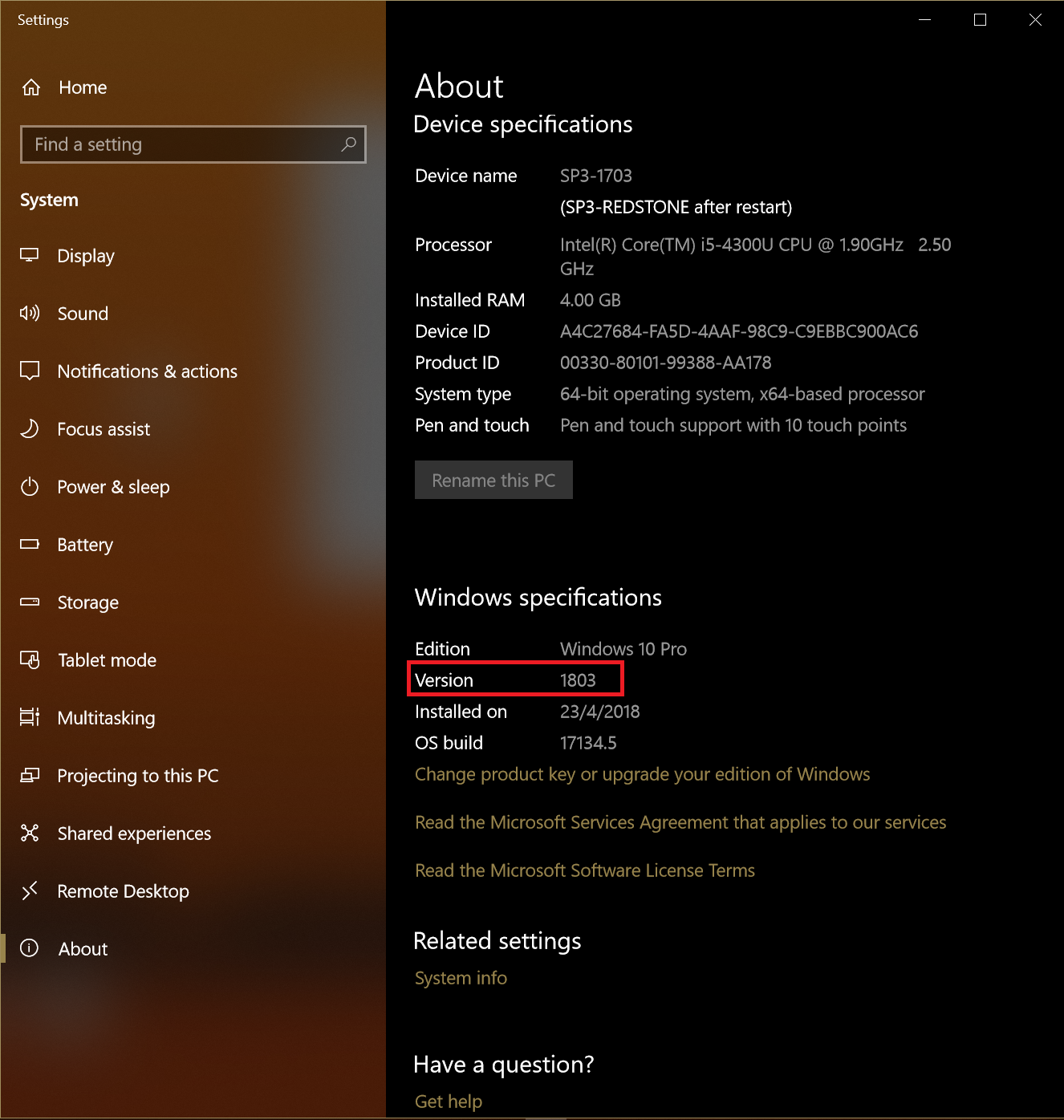 If you chose to download Windows 10 November Update as a .ISO file and perform a repair upgrade or new install, you can verify the .ISO file using the following method. When you download the .ISO file, it is saved simply as Windows.iso

If you are running Windows 8 or later, double click the .ISO file to mount it. 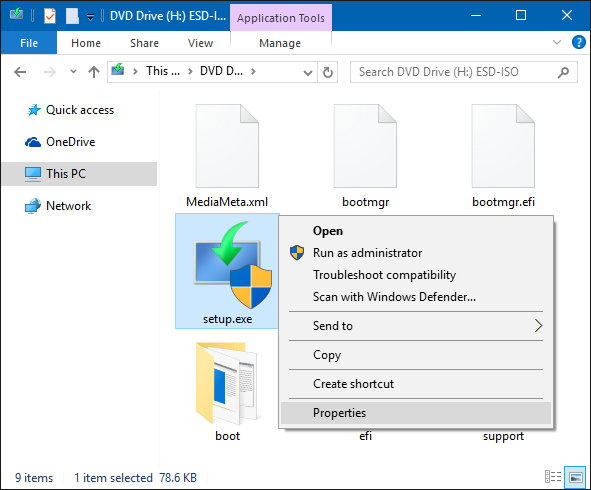 Click the Details tab then look at the Product Version. 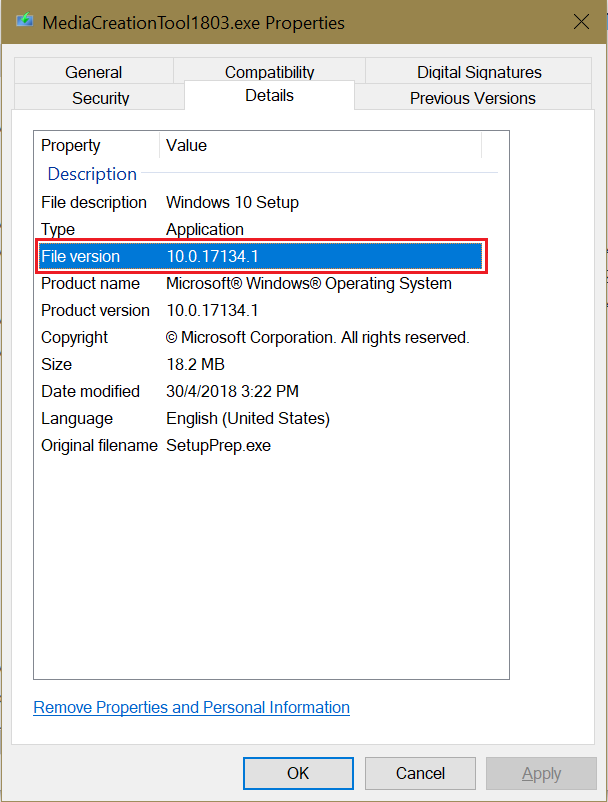 If you are running Windows 8 or earlier, create a bootable copy  then follow the structions above.

Question - if you have previously made recovery media on build 10240 (CD-R or USB) is it recommended or necessary to recreate the recovery media after upgrading to build 10586?

Andre Da Costa
I would since the recovery media would contain 10240 files.
Best,
Andre
Windows Insider MVP
MVP-Windows and Devices for IT
twitter/adacosta
groovypost.com
GE
GeorgeHawkes

2 Questions Please. I had the free upgrade & now have the 1511 update. Q#1. my computer came preinstalled windows 7 & I have a flash key with the backup on it which I have kept safe, will the upgrade to win10 make this obsolete  i.e. could I use this flash to save the .iso files for win10?

#2. Do I need to make a backup of every thing on computer prior to install. will I lose everything if I don't??.

Yes, the thumbdrive will have build 10240 which is older, so you should create a new recovery drive.

You said you have now upgraded 1511, if you have not, you should still create a backup just in case:

How to: Create a system image in Windows 10

Thank you Andre for all of this wonderful  info about windows 10,

I really appreciate  you  for being so thoughtful.

I had downloaded Novembers update an that is where my system crash lol.

Once again thank you :-)

Have gone through process of clearing the softwareDistribution\download folder with the command.

Have attempted to repair Windows Upgrade with tools.

The The Windows ISO link doesn't appear to download a large file that would be necessary for installing Windows 10 from a DVD or Thumb Drive.

We came in to work on the Saturday after New Year, and have nothing accomplished for our holiday.

are there any good troubleshooting tips on how to get the Windows 10 update to work or at least find the point of failure? I have downloaded an ISO made with the Media Creation Tool from my Windows 10 Pro 1511 computer. I want to use this ISO on another computer. Since I was on the Pro version when I ran the MCT to create the ISO, can I safely assume that the ISO that was created will also be the Pro version? How can I tell? Ideally the setup.exe version number should have one of the build number that belongs to RedStone1 update. Am I right?