When upgrading from Windows 10 RTM to Windows 10 "Threshold 2," I explicity told Microsoft to "Keep all my files and apps." That didn't happen, and now the majority of my 64-bit programs are gone (except 64-bit drivers), including the retail version of Microsoft Office Professional Plus 2016 64-bit.

Why was I not warned that this would be the case even after explicitly telling the Windows 10 Setup Utility to "Keep all my files and apps"? 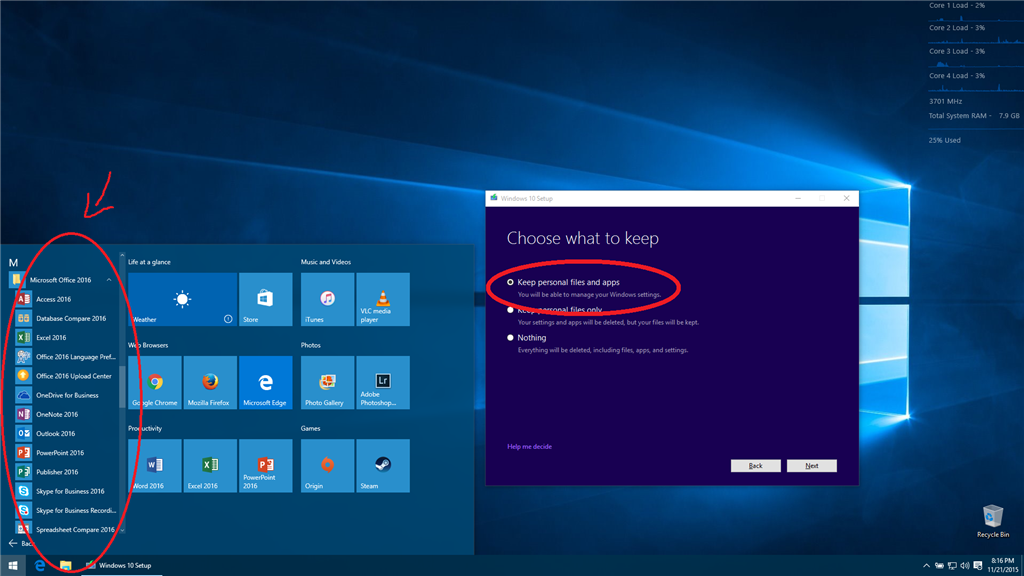 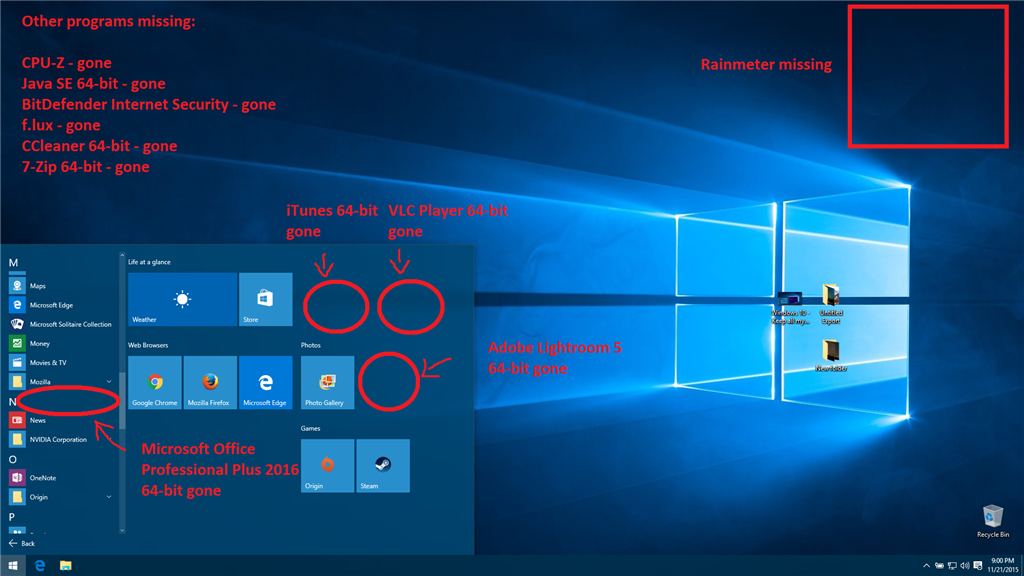 All of the above listed programs work just fine with the new build. I received no "compatibility warnings" or related prompts. I find it very misleading that Microsoft would have me believe all my applications, specifically 64-bit applications, would be preserved when in fact they had to be reinstalled after upgrading to the new build.