Last night, one of the office PCs tried to install the Win10 Anniversary Update via Automatic Updates at 3:30 AM or thereabouts. By 8 AM, the black screen with spinning balls (no message) was on the screen and was there til 9 AM when the PC was shut down via the power button. 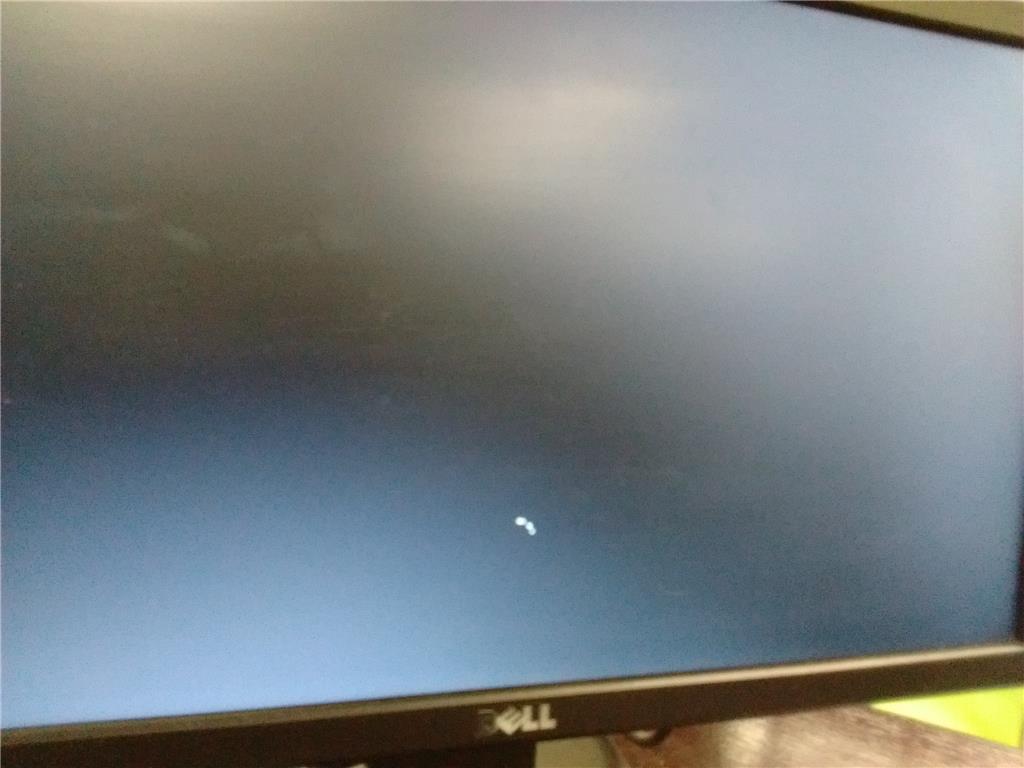 After bringing the PC back (Restoring the previous Windows version) following a few more hard shut-downs to the previous build, the Anniversary Update was forced by going to the Microsoft page and downloading the update - and then running it.

After requesting to Update Now, the process ran through up to about 79% before the screen went black and the PC rebooted.  It looked like it would boot all the way to the Desktop;  the Windows Logo appeared on the black screen along with the spinning balls (no message).  But soon after the Logo disappeared, leaving only the black screen with the spinning balls (AND NO MESSAGE).

The HDD LED on the case stopped flickering and trying Ctrl-Alt-Del does not do anything. See the picture, above.

Answer
JO
Joni_989
I had trouble seeing where I was in the update process on the Anniversary update because I left to do chores.  I came back and had a black screen with spinning dots and no activity.  After doing some reading online, one user said when he removed his wifi mouse USB, he was able to get Windows 10 to install.  Since we had tried previously to install the update and finally just unplugged the computer and it restored a previous Windows after restarting it twice.  So, since I had my wifi mouse USB connected at the time of the update, I pulled the USB out.  I got the blue screen back which showed I was at 75% completion.  The update began again from where it left off and it took about 20 minutes more to finish.  I had to restart the computer again without the USB wifi mouse again and then install the mouse again after that where Windows installed the driver.  I am now up to date.