Since Windows XP, we have all been enjoying the possibility of displaying folder icons to identify the content of a folder with a small image file named "folder.jpg". Windows 7 revamped the display of the icon with a 3D look that continued largely unchanged with Windows 8 and 8.1. However, for some obscure reason, Windows 10 stretches and crops the icons. It does not completely defeat the original purpose, but to remain polite, it looks ugly.

I have searched all over the Internet and oddly enough, very few people have complained and reported about this. Even worse, in more than one occasion, people could not see nor understand the problem others were trying to explain. Below, a picture illustrating the problem. 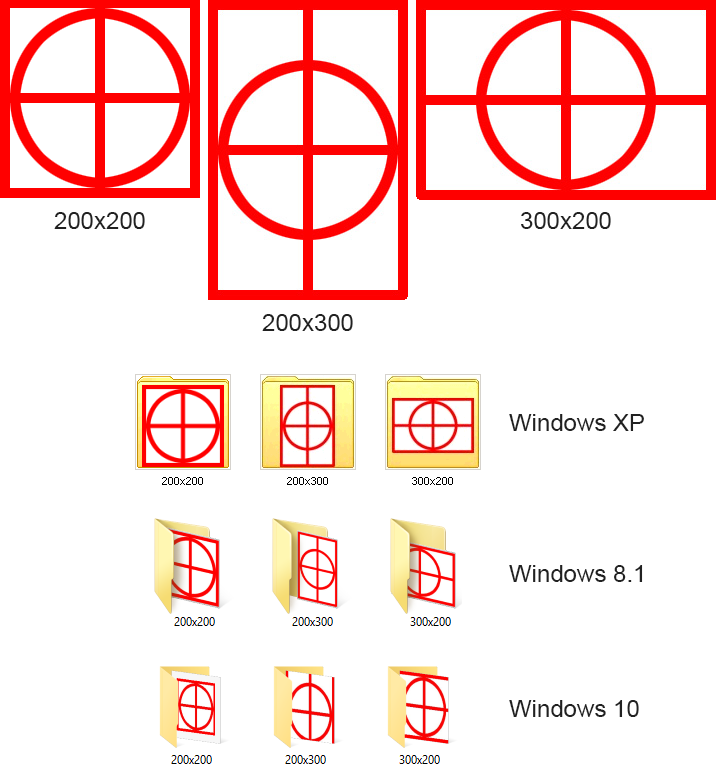 One can see three different snapshots from the same three folders on three different versions of Windows (XP, 8.1 and 10). The XP and 8.1 versions show the folder.jpg images as they are. Unfortunately, Windows 10 alters the picture.

Is there a way to modify Windows 10 behaviour (Windows settings, registry edit, etc.) and make it look more like Windows 8.1?

Thank you for posting your reply.

I would like to inform that the design is done by the developers and it is not a bug for Windows. If you face any issues regarding the same, feel free to write to us, we'll be glad to assist you.