windows update will not work in windows 8.1 [SOLVED]

TL;DR: I absolutely cannot get windows update to work on Windows 8.1.

I am out of ideas/options.

My normal mode of installing updates has always been to have windows notify me and then to go in and manually do this. This has never been a problem previously. I regularly keep windows defender and other updates managed this way on a daily basis.

On Wed 11/9 I was notified that I had updates to install. These are often just windows defenders updates. I openened windows defender and updated. Then I opened windows update to see if there was anything remaining. Instead of coming up 'clean' and saying nothing else was available (typical behavior unless a large update of security fixes is there), it just got stuck on checking updates. I rebooted. Same thing happened, it got stuck on checking updates.

I am familiar with windows update getting stuck, so I first ran a full virus check, two separate checks. They both came back clean. Then I ran the troubleshooter. No problems found. I tried a recovery moving back in time about 10 days. The recovery did not fix windows update.

Then I worked with sfc and dism until these problems were fixed. Then I did further searches and ended up running sfc scan and dism. A problem surfaced with these showing 3 corrupted files. All of this work clobbered the data in 'view updates history' but things still showed in 'installed updates.' (A warning about this would have been nice somewhere.)

Update still failed. I rebooted and rebooted, ran and reran sfc and dism and the troubleshooter for what seemed like hours on Wednesday while ordering an external hard drive to prep for the worst. At one point that evening, the troubleshooter seemed to magically 'take'. I thought my problems were solved.

On Thursday 11/10 I updated my windows defender definitions manually again. All seemed well. I went into windows update to run it (even though I was not prompted to do so). Windows update got stuck on 'checking for updates' again. I backed up all my data and prepared to do a reset of my computer if needed, as it was mentioned as the worst case fix for this problem.

On Friday 11/11 I tried one last time to fix things, and this failed so I proceeded to do a factory reset. First attempt was a factory *refresh* instead. This did not fix the problem because it just removed applications and saved my system settings. It showed information from the prior days efforts since removing my updates history! Update failed again.

So I made absolutely certain that I got a complete reset, just out of the box. I went through the entire set up process. Windows defender updated just fine the first attempt, it is *always* the first thing I do. Then I went to look at windows update, and it seems to have installed a single update on 11/12 (KB3020370). The windows defender updates are NOT listed.

Any attempt to run windows update is met with failure; it just gets stuck on 'checking for updates'. If I use the troubleshooter it says 'no updates available.' Now if I try to run 'check for updates' on windows defender after the first try, it gets stuck on about 20% of searching. 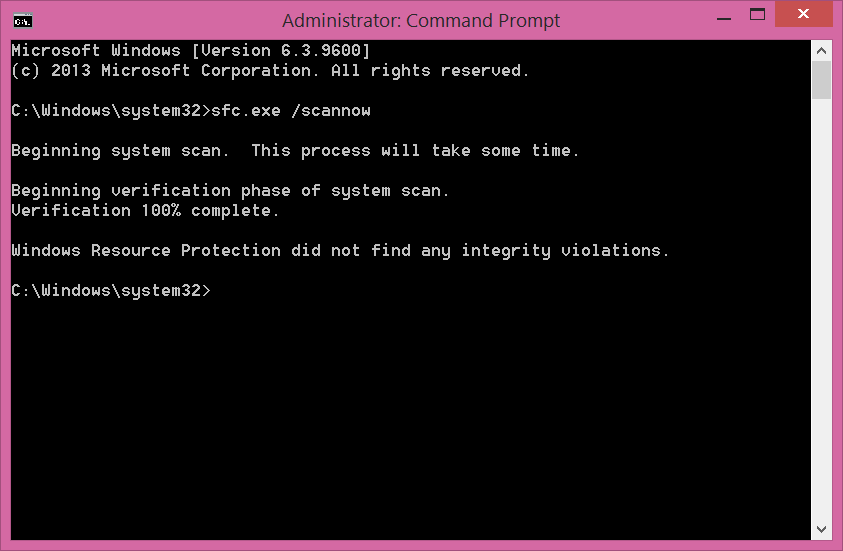 The results of running the troubleshooter after the *factory reset* 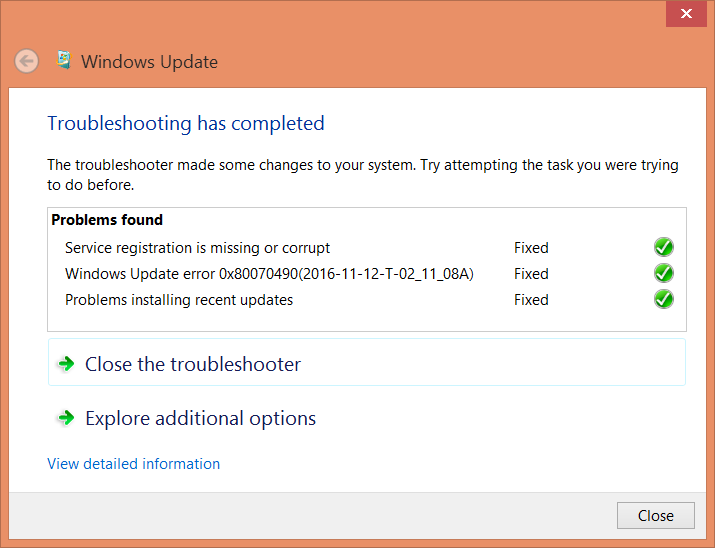 So about now I have no idea what to do next. It won't work, and now windows defender doesn't want to update. 3 days ago everything was working fine except for updates, even defender was working fine and I had a computer that was functional. Now I have a semi-useful brick that still won't update and is a year out of date and has no applications or data on it ...

In this other community post, Netboygold remarked that this is a known issue and pointed to KB3102812

Installing and searching for updates is slow and high CPU usage occurs in Windows 8.1 and Windows Server 2012 R2

So basically an *optional* KB from a year ago -- I point out that this optional KB was released the day before my system was built and it could have been put on my original factory build if some individual had deemed this more important than optional -- fixed this problem.

Every single recommended sfc and dism and refresh and recovery and restore was completely wasted time. The time I spend now rebuilding my computer from scratch, wasted. All because of a buried KB that apparently one person on the forums knew about. Amazingly it had yet to be marked helpful.

I followed the advice, downloaded it, disconnected from the net, ran it, and rebooted. Ever since then I've been fine. Save for the fact that I have to rebuild a year's worth of computer. is due Windows Update client is not updated.

you need start your PC totally disconnected from internet (to avoid Windows Update service connect to Microsoft Servers) and then install this updates manally....

once both updates are installed, you can connect to internet again, and Windows Update should start to works normally again.