Info: This bug was fixed on August 12th 2014 with the release of the month's Patch Tuesday. Make sure to install every update available for your system, if you're having the problem described on this thread.
-------------------------------------------------------------
Hello, I've been facing a "tough" problem with my computer running Windows 8.1 x64. I did not upgrade from Windows 8, I did a clean install and for the past month, everytime I play some of the new 2013 games (Assassin's Creed Black Flag, Battlefield 4, CoD:Ghosts etc.), I'm constantly getting a "low memory" warning from time to time.
So, giving that my laptop is capable of running these games (Asus N56VZ - Intel Core i7, Intel HD 4000 + Nvidia GT650 M, 6GB DDR3, 750GB 7200rpm, Full-HD 15,6" screen), I began searching for an answer. Here's what I've concluded:
When the game (eg: Battlefield 4) opens, the memory consumption begins to rise, and rise, and rise, non stop, until the system doesn't have more memory available and triggers the low memory warning. However, in the exact moment that I "alt+tab" out of game OR the memory warning does it for me, all of the occupied memory is emptied instantly, like magic!
I was able to "understand" this using Process Explorer by MS (sysinternals), heres a screenshot that shows the "climbing" and the sudden drops:
http://prntscr.com/2809xc

I cant really discover where all this memory is being allocated/used, and I have no idea on whats causing this. I also don't know if this is Windows-related, device-related or driver-related.
Is anyone facing this as well?

[UPDATE DECEMBER 9th]
This issue is triggered when the resolution in which the games are being played differs from the resolution configured on Windows.
If you are playing a game, say, in 1366x768, you need to change the system resolution to the same 1366x768 BEFORE opening the game. That will stop the excessive memory consumption and you'll be able to play the game fine.

My system is in Portuguese, but I think it's easy to get it: 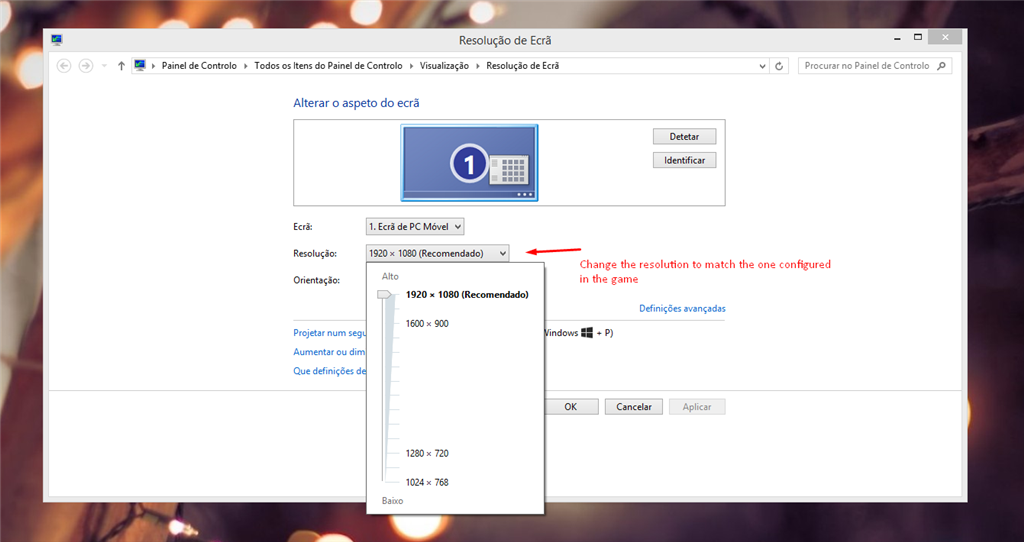 This also concludes that the issue is Windows-related and not driver related, so we'll have to wait for Microsoft to patch it. Meanwhile, remember to change your resolution when you're going to play.

According to some Intel folks at communities.intel.com (http://is.gd/71Vha2), Microsoft has confirmed the issue with Windows 8.1 in an internal email. It resides - as it was explained - on the DWM (Desktop Window Manager) which triggers a memory leak when running fullscreen games with a resolution different than the desktop resolution.

The memory leak fills the system memory and page file with junk until there's no more memory available.

We assume Microsoft is already working on a fix for this, altough we never heard anything "official" from them regarding the issue.

[UPDATE AUGUST 14th 2014]
The problem has been finally fixed by Microsoft with the release of the August updates on Aug. 12th.
Make sure to install every single update available - including the optional ones - and you'll no longer receive low-memory warnings when running fullscreen games/apps with different resolution/refresh rate.
Also make sure you're using the latest drivers available for your Intel and/or Nvidia GPU (it might be important).

I might be a bit cynical but I looked through all the support KB's from the updates today and couldn't find anything that related to fixing this issue (unless I'm missing something)...

Yesterday i have made the update and i found via the link also no description, but...

Yah!, after nearly 10 months, microsoft have now solved this bug.