Whenever I feel that Windows 10 has gone corrupt or not responding well. I used to download the latest version from MS and go for an upgrade using a USB installation media. But this time after some time I got a strange response, that I never got before. Please advise. 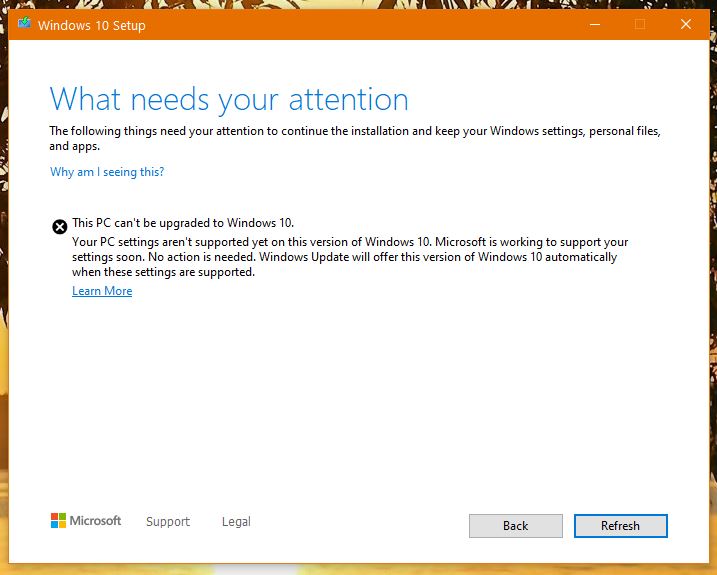 I'm John an Independent Advisor and a Microsoft user like you. I want to apologize if you encountered this issue. I understand you have a problem with Windows 2004 update. Your PC settings not yet supported by this version of Windows.

Microsoft is taking its usual gradual process to rolling out the upgrade, offering the upgrade in stages beginning with those whose devices Microsoft believes are the most likely to successfully install the update. Microsoft possibly detect compatibility issues on your device, These holds are due to conflicts that could cause applications not to run correctly. In the past few days/weeks, More users still experiencing problems after upgrading to version 2004. Give the update a month or two to mature. This will let the Feature update fix it's own problems through patches along the way and be more stable. I would not recommend you to upgrade manually to Windows version 2004 because of this ongoing issues.

You can refer to this link for reference. You can monitor the known and resolved issues for version 2004.
https://docs.microsoft.com/en-us/windows/releas...