TLDR - After you uninstall the broken update to get your OS working again, install KB3133977 and try again.

Until I fixed it, I couldn't boot after installing KB4512506 or KB4512486 - Windows cannot verify the digital signature of winload.efi.

I restored a system image to a spare HDD and booted it to troubleshoot. I found that installing all optional updates fixed the issue. I didn't want that to be the solution for my permanent OS so I investigated further. I eventually installed only KB3133977 to fix the issue. (That update is for a BitLocker issue but I don't use BitLocker. I don't know why it helped.)

DA
DannyMoses
Thank you for the tip.  Downloading and installing KB3133977 allowed me to finally, successfully install KB4512506 on my Windows 7 SP1 X64 system.
ED
EdwardG1345
This fix applies to Windows Server 2008 R2 as well.  After installing, in August 2019, Microsoft Security Only Patch KB4512486, all our physical 2008 R2s rebooted into System Recovery and the only fix we could find was to revert via "dism.exe /image:C:\ /cleanup-image /revertpendingactions".  Needless to say, this prevented the patch from being installed.  I recently found this post, gave it a shot with the 2008 R2 x64 version of KB3133977, and now the servers are good to go.  Thanks for finding this.
SL
sleighty 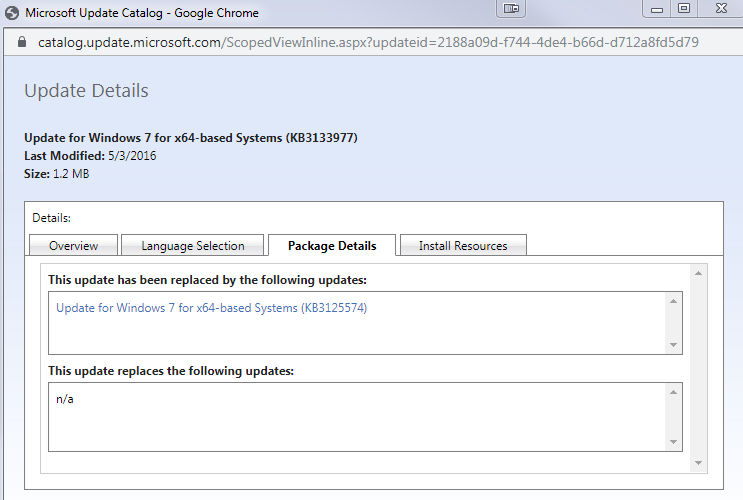