I've just had to update the firmware in another device that had a Samsung 840EVO SSD because they had a serious firmware bug with it.  Out of curiosity I tested the Samsung drive in my Surface Pro 3 and it looks like it has exactly the same issue (the SP3 drive is closely related to the 840 series I believe, but an OEM version.

The test is simple, just look at the read rate across the drive.  Older data (OS, installed apps) suffered from terrible read performance after a month or so.  Newly written data is fine. 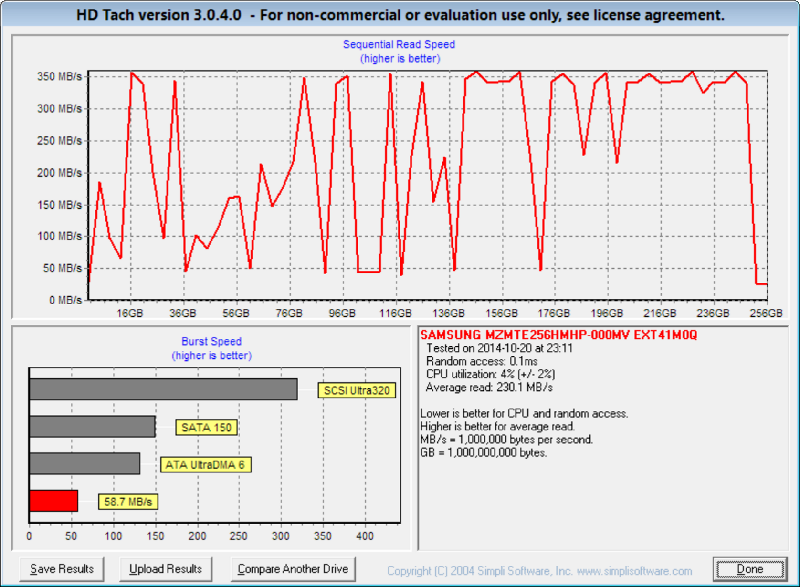 As you can see, much of the drive is down to 50MB/s now.  It should be a fairly level line right the way across at about 350+MB/s.  This test was run with AC power connected and nothing else running.

If this is the same issue as the 840EVO, the good news is it can be corrected with a firmware update and refresh of the data.  Bad news would of course be Microsoft need to look into it first, then get the Samsung engineers looking into it.

Perhaps some other people could run the test too, and post results.  Remember the drive needs to be a month or more old, so that the data can have been sitting there only being read during that time.

Further details of the bug and the fix that Samsung released can be found here: We wanted to let you know that an update to resolve this is still being worked on.  Please continue to post your experiences and technical details.