Hello and welcome to the refreshed Surface support community! If you visit us regularly, you will notice that we’ve made some changes to make our community easier to navigate. For example, you can now find all of our Surface Laptop products under the Surface Laptop option in the Products menu. 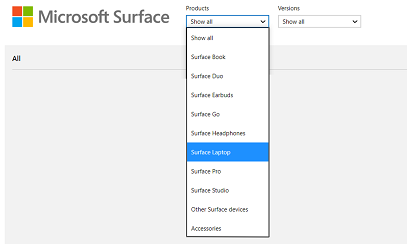 We made these changes to help you find the answers you need as fast as possible. Thanks for being a Microsoft Surface customer!

I very recently purchased a Surface 3 and am enjoying it. I decided I was going to download an N64 emulator to play games such as Mario Kart with some friends. To hook up the needed Xbox 360 wireless controllers, I bought a USB hub from Walmart. I quickly received an error telling me there weren't enough resources (I'm guessing to power two wireless controller receivers). I went to Best Buy and bought a powered hub the next day, only to get the same message. I even went so far as to order multiple hubs online thinking maybe Best Buy's powered hubs were no good.

To sum my issue up, I want to connect 2+ wireless Xbox 360 controllers to my Surface 3 using the pc compatible receivers, but get not enough resources error messages when trying to do so using a POWERED USB hub. I can however use a single receiver to fully use a single controller to play games.

"Windows 8 actually comes with xbox 360 controller support. I've played multiple emulators using my xbox 360 wireless controller on my surface pro 3. The issue is that my surface is giving me the mentioned error message when I try to connect a second controller to play with a friend, even when using a powered usb hub so that both wireless receivers aren't relying on the USB port of the surface for power."

"I'd also like to add that unfortunately my macbook air's usb 2.0 port is able to power and function 2 wireless xbox 360 controllers without using a powered usb hub (one usb 2.0 port with a non-powered usb 2.0 hub functioning two wireless receivers).

As mentioned before, both computers have both been tested and are able to use the xbox 360 wireless controllers, I've tested emulators using the controllers with both. The issue is using a hub (powered or not) to use 2 or more controllers since the surface pro only has 1 usb port."
This thread is locked. You can follow the question or vote as helpful, but you cannot reply to this thread.

Answer
PA
PalidinoDH
Solution found: as it turns out, the pc wireless receiver is able to connect 4 controllers, its not necessary to use a wireless pc receiver per controller. Now, that doesn't explain why my mac can handle two separate receivers with a non-powered hub and my surface can't using a powered hub, but at least I can now use my surface with my TV to use emulators with my friends.