Where is this documented?  If I had been blinking I wouldn't have known about it.  I later found it using Reliability Monitor.  There are some Surface Pro updates on the Catalog, so maybe this will show up there some time but those aren't well described either.  Another thing to perhaps be waiting for (I'm not going to hold my breath) is

Ah.  Judging by an earlier one It looks like a .cab file may have arrived with this.  And the Reliability Monitor gives me a possible timestamp...

Is there such a thing for a Surface 2 Pro?  My Screen cover is attached but because my tablet's orientation is Portrait the Screen cover is disabled.  My keyboard is normally a Wireless USB but recently I have been using Remote Desktop Connection.

I used a modification of my PowerShell This_Hour script to find that .inf file.  The .inf file is what "jumped out" for me but further scrutiny shows a whole set of related diagnostics being created at the same time 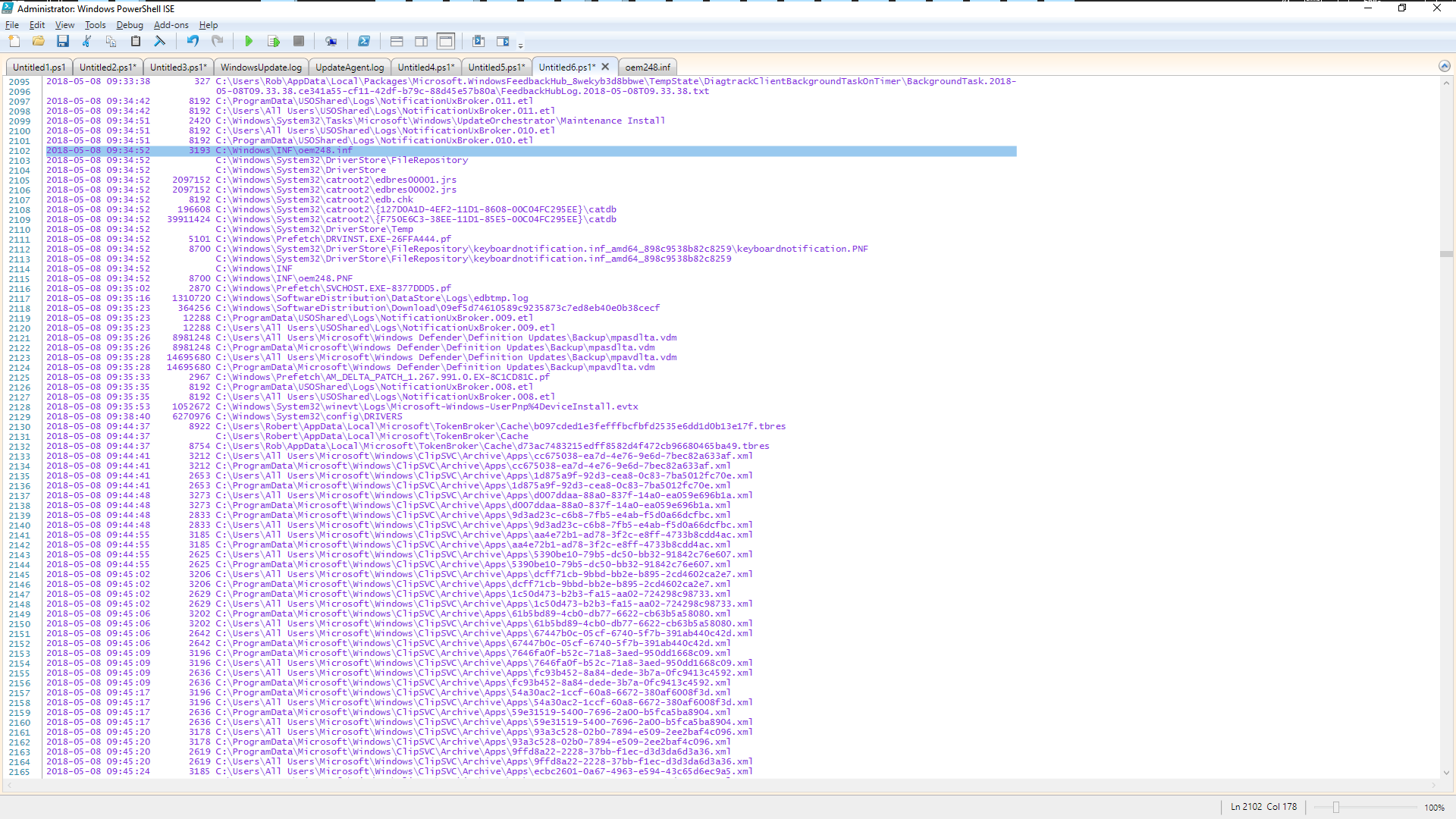 I couldn't decide how to Clip that image.  Hopefully it will be more readable if it is downloaded separately.  In any case here's my script as text

I saw no sign of this update in WindowsUpdate.log so I'm guessing I will need to look in some of these things to try to understand better how it happened.

SH
Sakib HassanSanto
I have some problem my laptop not shutdown. I try to shutdown but not work almost 1/2 week same thing. what can I do now.

Surface
Did this solve your problem?
This site in other languages