Available on all platforms

In our latest Insider build you are now able to easily share GIFs in Skype! In addition to Emoticons and Mojis, GIFs offer another rich way to express yourself when messaging with friends. 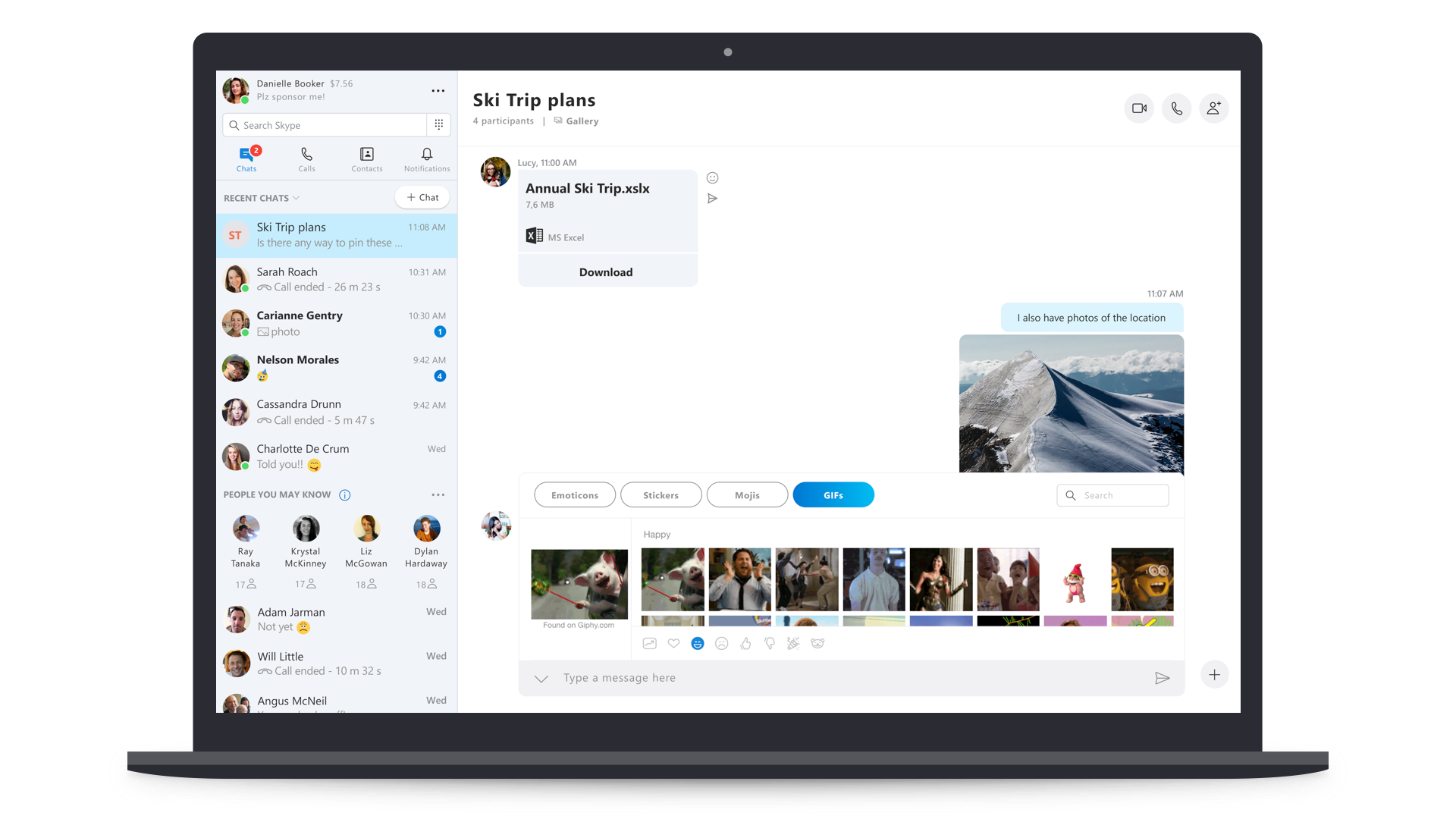 To send a GIF, open the expression picker and select the GIFs tab. You can select from the trending GIFs that are shown automatically or search using a word or phrase to see a preview. Select the GIF that best suits your message and send!

Try it out and let us know what you think!

PM
Paul2 M
Who asked for this?
GW
Grzegorz Wiktorowski

Do you really expect people need emoticons and GIFs to express themselfs?

Skype users express literally here and in UserVoice without bloated pictures how they rate version 8 and what they want.

The Skype Team - stop gazing at GIFs and start reading and understanding.

Congratulations, you have managed to add even more useless bloat to a uselessly bloated version of Skype, that is completely useless...

Do you really thing that this sort of junk is what people are crying out for?

If any of you who work for MS actually cared about Skype, you would take on board all of the feedback received about version 8, and realise this is NOT what people desire from Skype.

Bloat does not make it good.

Bloat does not make it better.

Everything that has been added so far seems to be an attempt to attract an audience who don't want your product, at the expense of your core user base, all the while giving your design team an opportunity to stroke their own egos.

so now u added GIF instead of dealing with the real issues? lmfao

Skype is NOT a social network, Skype is not a phone app. Skype is an IM service and it has always been. Stop it. It's ugly, it's annoying, it's so so bloated and it hogs more memory than Windows Updates and Google Chrome and that is to say a lot.

This is coming from someone who posts gifs and shitposts on Facebook all day, someone that plays with bots on Discord, someone who likes aestetic and all. This is wrong. This is so wrong. If you want a mobile app to appeal to Microsoft users that want social networking activity, just launch a mobile version of Skype or something new. Just leave the desktop app as it was. I am not delusional and pretend you're going to bring 7.x back but at least listen to feedback and make 8 better.

Instead of adding g i f s.

This is a feature that I required the most.. All these years when I used the Skype I thought only about the sharing of gifs.

Yahoo! Now I can share the gifs of funny cats with my business partners and co-workers!

How do I stop skype from automatically starting on computer power up?

I don't see the option in settings