How do I make OBS VirtualCam, ManyCam or XSplit available to Skype in Windows 10?

I've installed OBS-VirtualCam 1.2.1 on OBS 21.0.1 and selected 'Tools' > 'VirtualCam' > 'Start' but for whatever reason, it doesn't appear as a video source in Windows Skype.  Same goes for ManyCam and XSplit although VLC Media Player recognizes all 3 as DirectShow input devices.  Solutions? Since Skype 12.x and earlier 11.x are Windows 10 UWP Apps, they are limited to only UWP App-compatible input sources. As I understand it, UWP Apps use Media Foundation instead of DirectShow. The Virtual Camera software or capture hardware you use, would have to be made MF/App-compatible. If they are not, neither will show up. Even though OBS, Xsplit and ManyCam are extremely popular, I am not aware of them adding such support or providing an alternative. I have tried other lesser-known software for testing purposes like SparkoCam. That one does show up, so it is not an impossible feat to add such support. This might be an unwanted, limiting or daunting task for others to attempt to provide the same feature set to a Windows App.

One unofficially supported workaround you could try (besides reverting to classic Skype 7.x) is installing/running Skype 8.x in compatibility mode to allow it to install and run in the latest versions of Windows 10. I would suggest uninstalling the 12.x App to avoid conflicts. Since the 8.x version is Chromium-based, any DirectShow virtual or capture inputs accessible to a standard web browser, should be accessible in Skype 8.x. Skype 8.x also has a hidden menu that appears when you use the Alt key.

* Limited to Windows 10 pre-Anniversary Update, unless forced, as previously stated.

Examples from the same Windows 10 machine with ManyCam and SparkoCam installed. 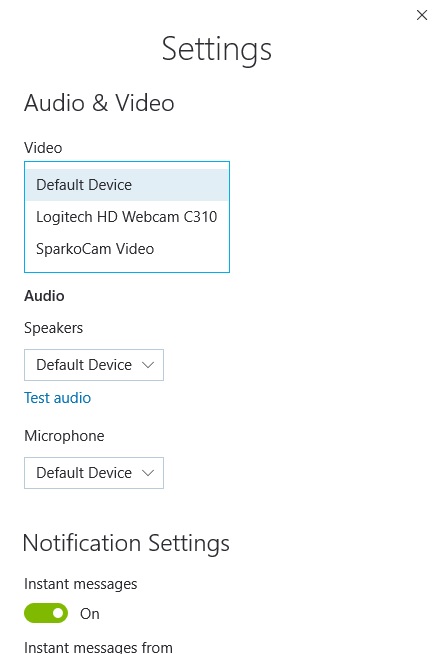 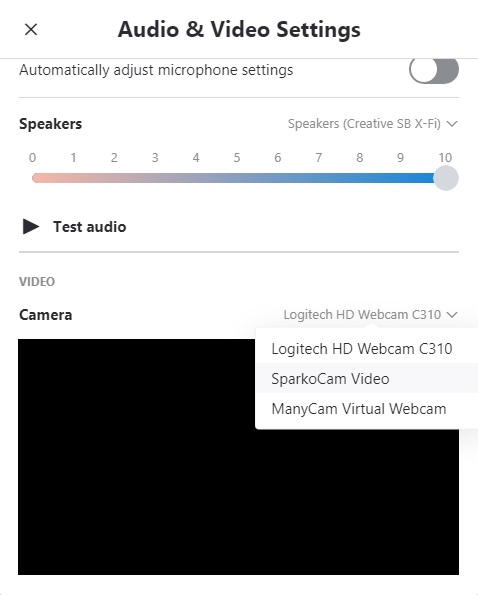 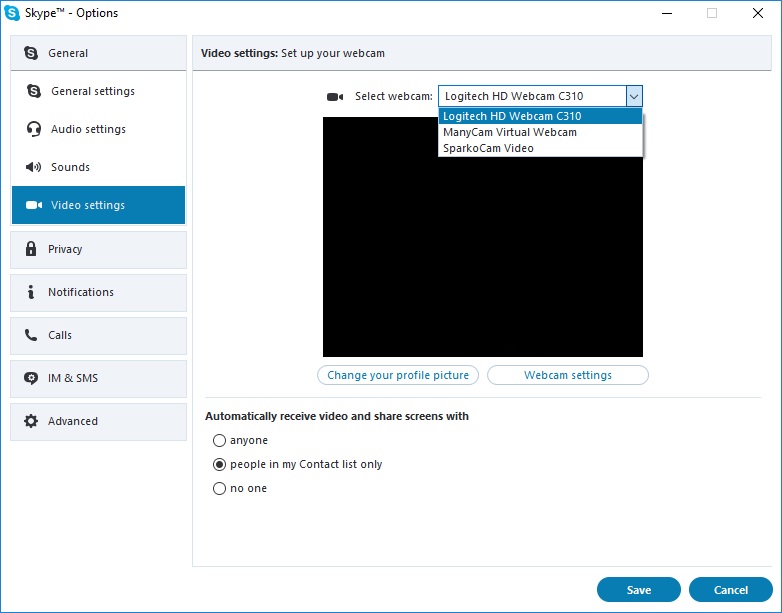