i was doing my routine scan and i found these threats highlighted as low and defender wasnt able to remove them, they keep showing up. i scanned using malwarebytes as well, but this doesnt show up over there.

Also it seems like these our threats found in previous scans and not in the scans i did post 19:45 hours. Please help me figure out what this is and how to remove them. 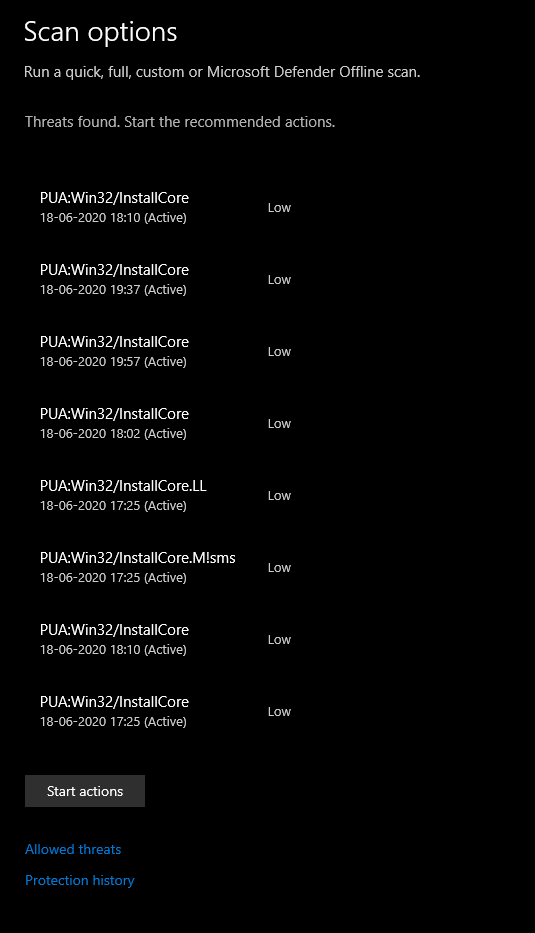 That's a known bug with PUA type detection and removals that began with the release of the 2004 version of Windows 10 last week.

Glen Prouty discovered the issue and possible workarounds that he explains in the following thread, so read his first post there for details including recent updates.

Short version, the PUA malware is gone, but later scans are detecting the items listed in scan history as if they were the PUA itself, causing an erroneous detection loop.  Simplest solution from Glen's description appears to be to simply remove all of those old detections from Defender's history, though I'd assume that Microsoft will eventually get this fixed and it will stop whenever that occurs.

Virus and Malware
This site in other languages