I am annotating PDFs in offline-mode and once i get back online the sync is successful from sharepoints perspective but more often than not, the file successfully sync'ed with sharepoint is not always the latest version. Only one file appears in sharepoint and other devices, but the iOS device I made the changes becomes a mess where multiple copies of the same file appear flickering (mostly greyed out). Also note that they are increasingly large. I had a file that was 1.4 mb in its first version and ended up close to 100mb in size before i deleted the file and started from the beginning. Also, even after I remove the files from offline-mode in iOS and later access their location while online they appear to be there (-not- greyed out). I have tried recovering work that was made on iOS by checking every version of the file without success. This is a really serious issue when people start losing their work.

Any temporary workaround to avoid this issue? And what is the reason for this happening?

This is happening both newly configured and well used devices, so I refuse to believe that this will be solved with a "have you tried turning it on and off again"-solution, which I have already attempted by the way.

This is the non-offline view, which is basically identical to the offline-mode view. 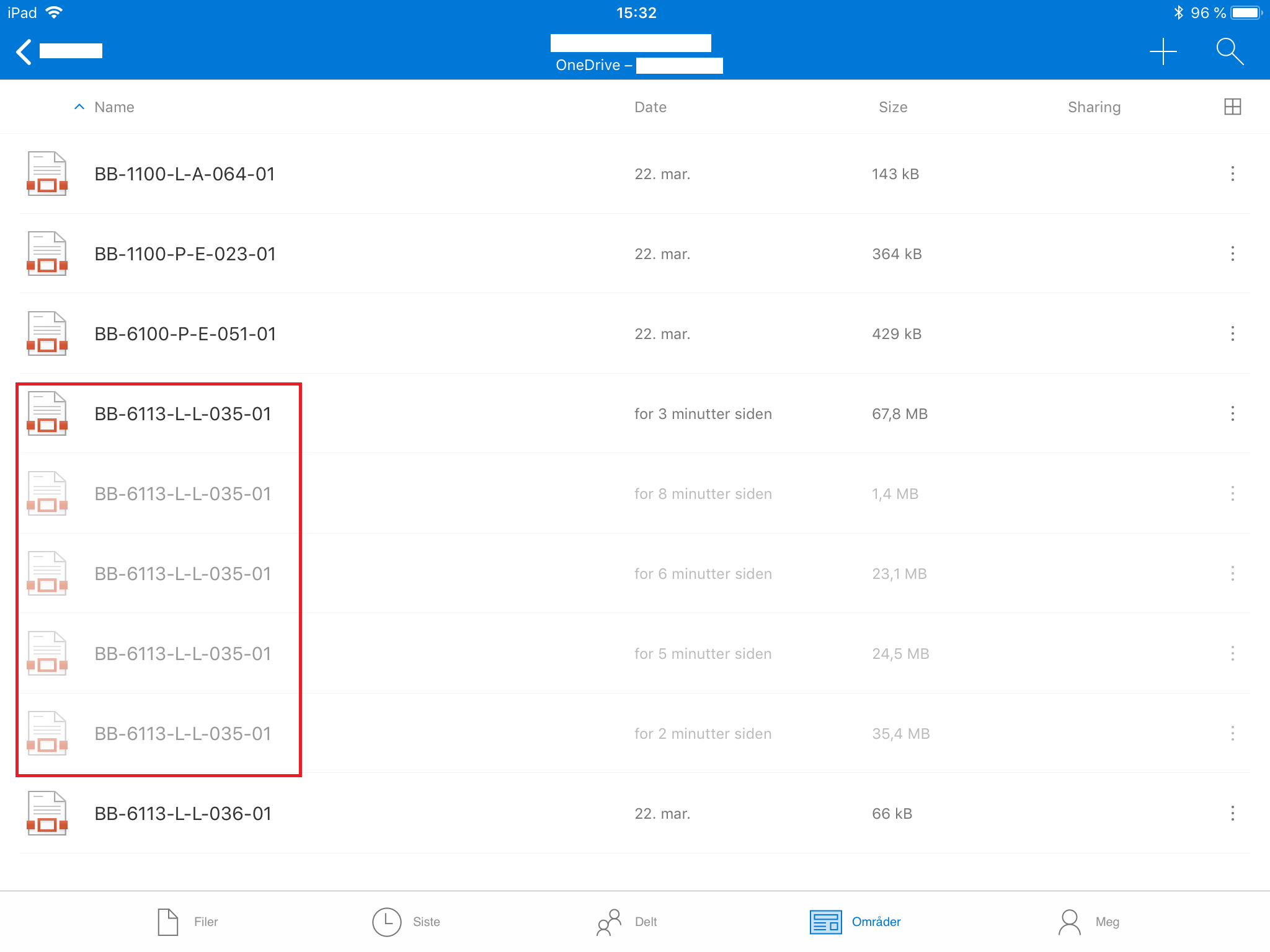 JA
JayWarner1
I am facing the same issue. Every time I annotate a file offline, when I return online, the updated file is grayed out and I cannot open the edited version. The only version of the file that I can open is the last version that was edited while ONline (and thus has none of my annotations/edits.  This has now happened on every occasion I try to edit a PDF while offline.