I would just like to share the information I got regarding the latest Build 10586.494 since I was not able to find a reference yet here on the Community. Microsoft Moderators and Engineers please verify this post and confirm if the details below are correct. This is my first to post a discussion. Please don't judge. :)

As per the resource article I found: Microsoft has now pushed Windows 10 Mobile Build 10586.494 to both insiders in Release Preview Ring and non-insiders as the Windows 10 Mobile July Cumulative update. The Build as expected brings many fixes and improvements over the last release build 10586.420.

This update includes quality improvements and security fixes. No new operating system features are being introduced in this update. Key changes include: 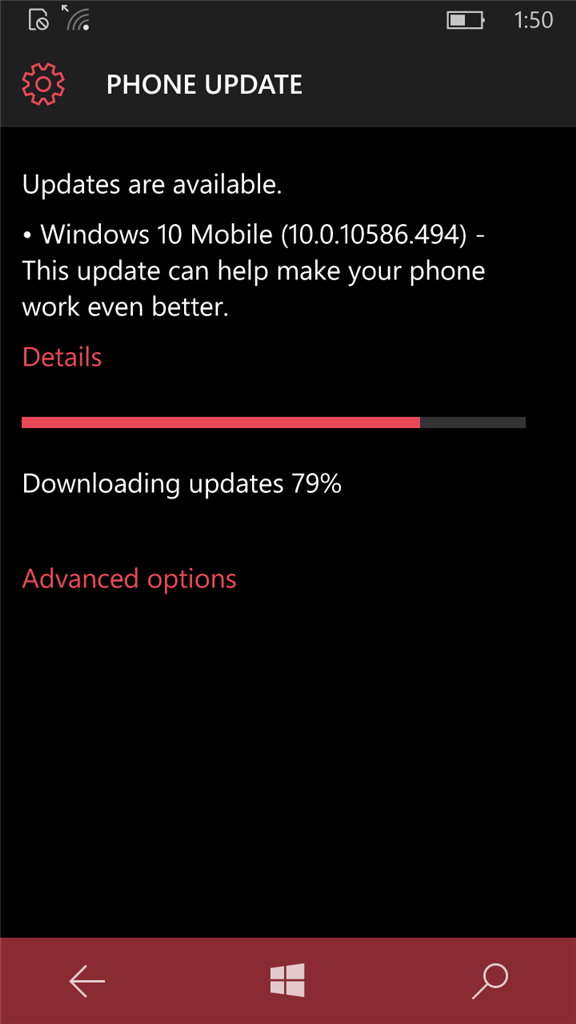 Image above is taken from the Update that I have personally made today. :)

A. User
For some reason, with this newest update, my email signature on my Windows phone has disappeared. How do I fix this? The buttion where I set it up before has disappeared as well. I'm a novice, so please try to avoid speaking in "computereze." Anyone have an answer? Thanks!
SC
ScottMACK

Open the email App(outlook) at the bottom of your screen you will see three dots (...) press that button. You will see an option called settings, open that. You will see a new menu now with the option "signature" open that and edit away

Many users are reporting the same thing across a range of devices. Please read latest feedback problems being reported.

Same problems occurring before and after latest build.

EC
Edgar Chinchilla
In my case, for Windows 10 for PC, this 10586.494 update was broken the Miracast feature instead of fix them. I'm really disapointed with this update.

Dont forget to restore your backup.

The cache of miracast devices did indeed disappear after the update however if you wait for the device to broadcast over the network you should be able to establish a connection with your display devices again. Sometimes it can be up to 10 minutes before a device voices itself over you LAN be patient.

You can fix this by performing a soft reset, Hold the volume down and the Power buttons at the same time for about 15 seconds when your phone restarts you should no longer see a pending status for the install, however the install may start over again don't be alarmed you shouldn't loose any of your mail data.

FA
Fairace
I need help regarding on this update. I just installed it and one of my app is gone. I mean its gone on the app list but on my screen on which it is pinned, it's transparency is now black. I dont want to uninstall it because I will lose 6GB of files. I already tried restart but it doesnt work.
SC
ScottMACK

What App is it?

Are you sure you can't see the files in File Explorer, or Storage ?