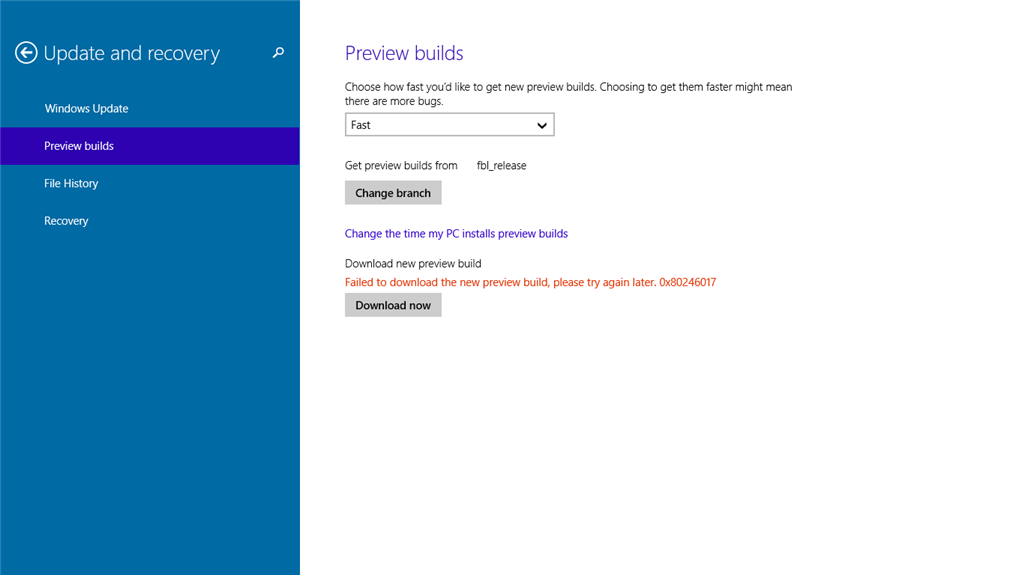 ****January 23rd - I updated the registry keys needed to the January Tech Preview Build below. This should have been updated by a Windows Update, but if you modified they values you can set them to the correct targetting by validating the below registry keys.

I wanted to let you know changing these registry keys around will prevent you from getting Windows 10 Technical Preview Builds!!!!

You will want to change the registry keys back to values that the public update servers will recognize and give you newer builds as they become publicly available for Windows Insiders.

If you did change the registry keys a refresher on what they should be is as follows:
Computer\HKEY_LOCAL_MACHINE\SOFTWARE\Microsoft\WindowsSelfHost\Applicability
BranchName = FBL_AWESOME1501
ThresholdRiskLevel = low
ThresholdInternal = <should not exist>
ThresholdOptedIn = <should not exist>

You can use these commands from and Admin Command prompt (Windows Key + X, select Command Prompt (Admin))

Background: By changing these registry keys you do affect the builds that get targeted to your PC; unfortunately you won’t be able to get any of these builds unless you are a Microsoft Employee and have access to our internal network. But don’t worry we are working on new builds to send out to the Windows Insiders!