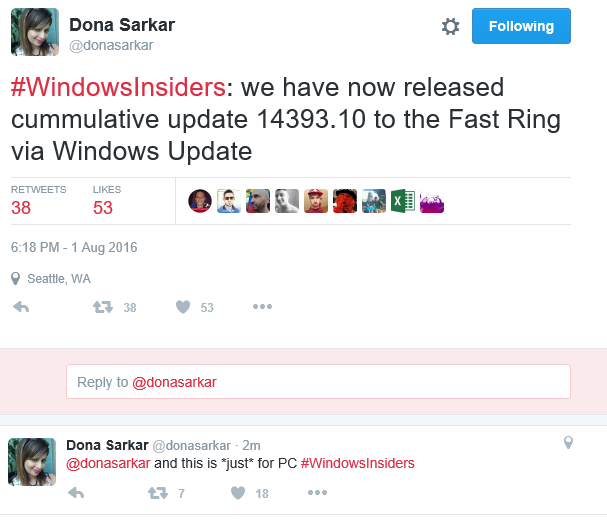 just installed on two computers so we will do some testing Working late on the left coast. lacrumb
Also was available on the Release Preview ring.

Link in Settings - Recovery after 14393.10 install still leads to Insiders Forum post.  Will this link pass through to the public Build? 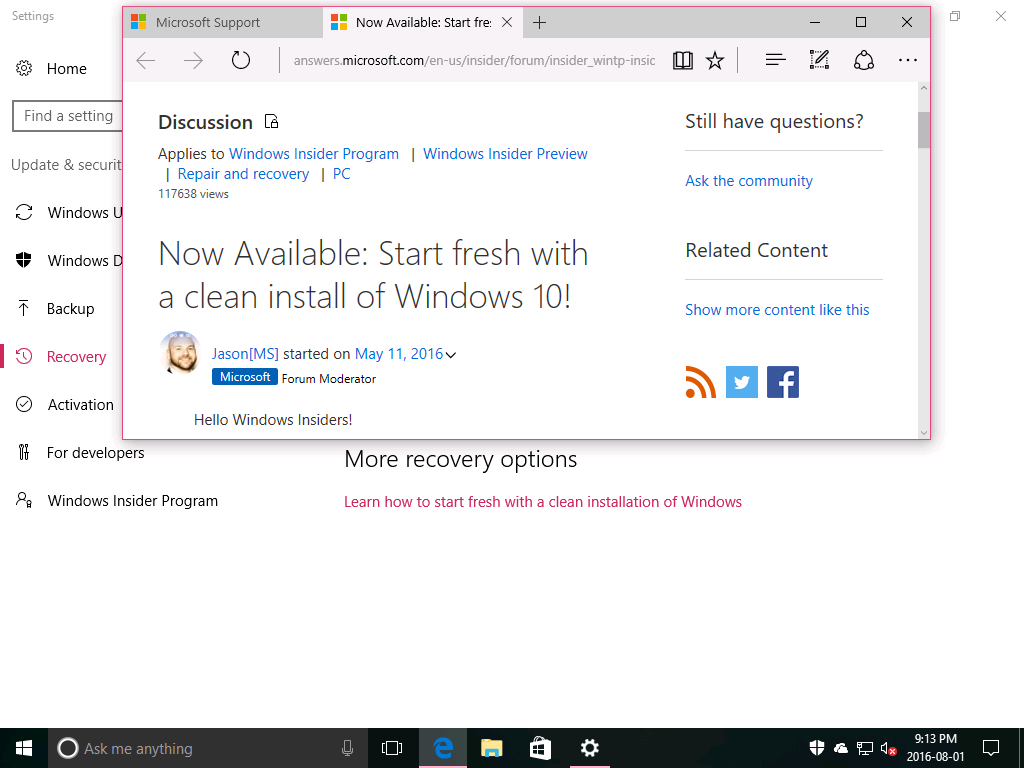 Makes a good case that there has to be at least another build to come for public.

I have on one computer, which I have been using for insider builds for nearly two years went to 14393.10 acted like a normal patch and still listed as fast. My main computer also went to 14393.10 and it still reads release preview. Is this the anniversary build or not for the general public? This is the tweet. Apparently pc's only if you read the tweets

#WindowsInsiders: we have now released cummulative update 14393.10 to the Fast Ring via Windows Update

Interesting that this update is available via the Microsoft Update Catalog, which makes it installable on non-Insider PC's that are running Build 14393.0. 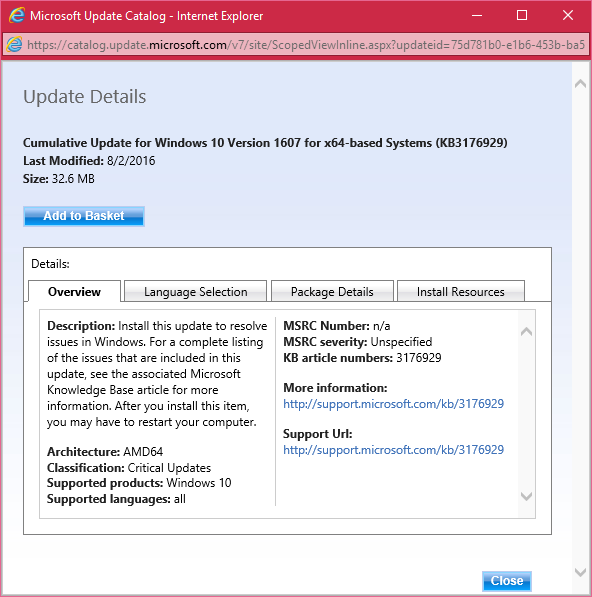