How will the Final Release Will be Rolled Out? (Windows 7 OEM Userbase)

On the Dell Community Forums we are getting concerned at how Windows 10 will be released in particular the Windows 7 OEM UserBase.

Please support these ideas so Microsoft addresses them and deploys Windows 10 correctly.

Go to this link and vote this idea up and share so everyone else votes it up.

3. If you are a Windows Insider

If you are a Windows Insider Feedback please also use the Feedback App. 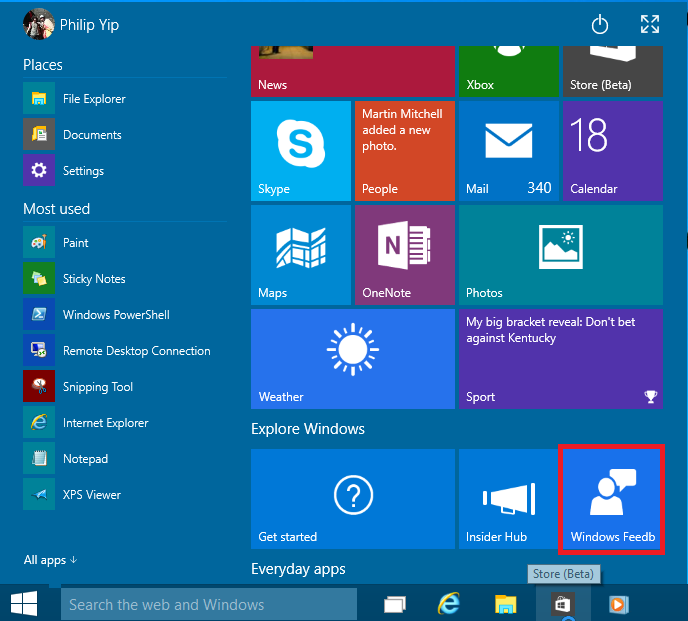 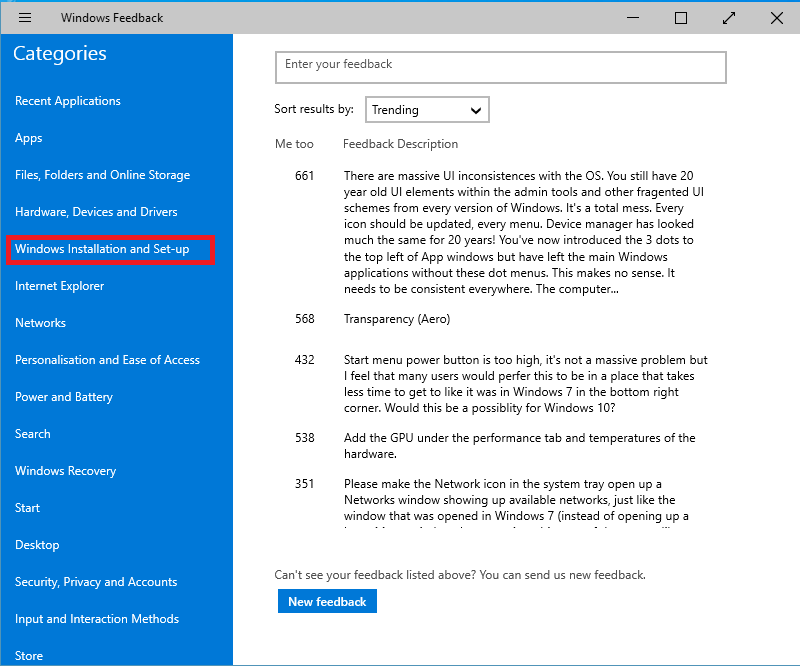 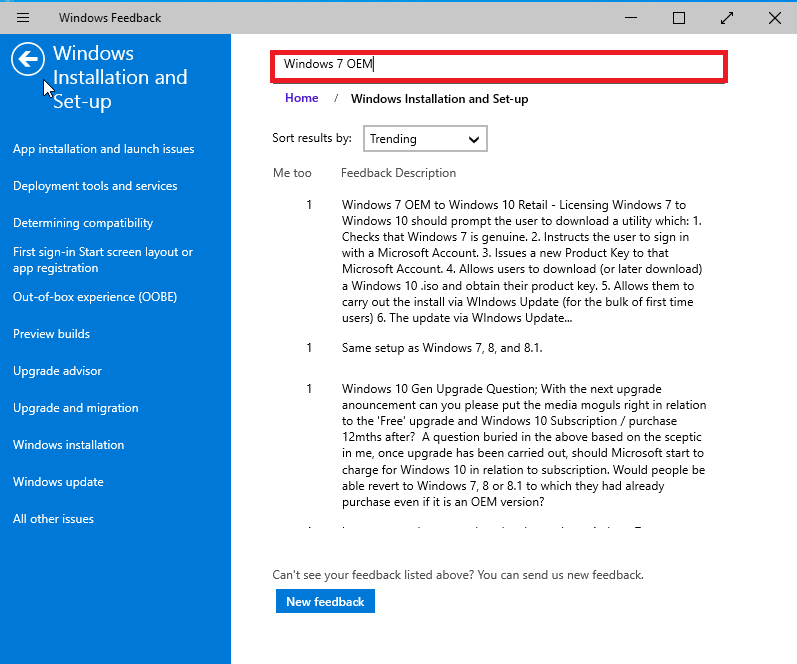 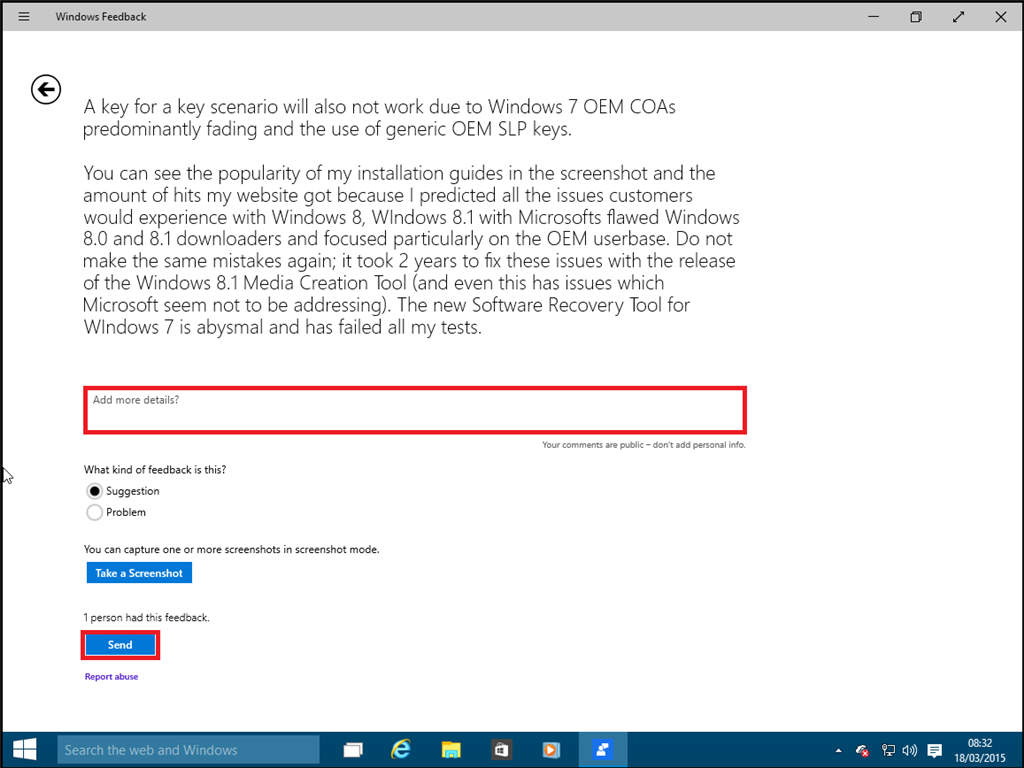 How Could Microsoft Release 10?

Looking around there are rumours that Windows 10 will be released/forced through Windows Update. This concept is beginning to form some concern on the Dell community especially with the Windows 7 OEM userbase. Forcing the update this way will likely cause a small to large fraction of systems to become non-bootable. It will also break the functionality of most Windows 7 OEM Recovery Partitions. A larger fraction of systems will have reduced performance as its an upgrade.

Since Microsoft have broke the Digital River .isos and replaced them with a miserable non-functional Microsoft Software Recovery Tool which deliberately rejects the OEM license. OEM users will not be able to Reinstall Windows 7 to perform a Double Reinstall to get to Windows 10. Moreover it will be increasing difficult to procure installation from OEMs such as Dell (as Microsoft will stop OEMs from being able to provide installation media) and the bulk of these systems will be outwith the warranty period. It is also a huge waste of time enforcing a double installation both for Dell and the end customer. Users should not have to contact Dell to get Windows 7 installation media just to be able to download >200 updates and then download Windows 10.

I am sceptical Microsoft will enforce something highly flawed like this as they forced the "free" update to Windows 8.1 via the Microsoft Store. It took them a two years to make a working downloader for Windows 8 which could be used with the OEM license; the Microsoft Windows Media Creation Tool. This tool still has flaws but a tool of at least its capability should have been made available on Windows 8.0 Release Date.  This tool still does not support Windows 8.1 with Bing. These users will be stuck in the same scenario should Microsoft enforce a double installation.

If users have to input their 25 digit Windows 7 product key from their COA. In theory this would work.

In practice however if this is the only method of installation for the free upgrade then there is a problem for a large fraction of the Windows 7 OEM userbase. Microsoft provided OEMs such as Dell with COAs of terrible print quality. This didn't matter for Windows 7 OEM as OEM installation media input a generic Dell OEM SLP key.

A case like this is not uncommon and is more common for other OEMs as Dell shielded COAs by placing them under the battery.

This is the only logically working scenario that I can see is a utility which performs the following functions:

Andre posted a link to this elsewhere:

While it still lacks details on how product keys are issued for the Windows 7 userbase at least we know that scenario 1 (complete enforcement via Windows Update) isn't going to be on the table. The working scenario 3 seems more likely although I am not going to rule out the key for a key non-functional scenario 2 until I see them state otherwise: