How to: Enable the Windows Subsystem for Linux

Summary
What is old is new again. As far back as Windows 7, Microsoft included a UNIX subsystem, which provided POSIX compliance with the UNIX operating system. POSIX which stands for Portable Operating System Interface, made the dominant unices of the 80's and 90's adhere to industry standards in regards to command line tools and interface standards. This made it easier for you to learn one UNIX and use another. Although this article does not focus on UNIX, it discusses a close cousin to the UNIX operating system, Linux. At the 2016 Build Developer Conference. Microsoft announced support for Ubuntu on Windows 10. This means, developers and administrators will be able to access the powerful command line tools and applications from within Windows. In the past, the only way to do this was by setting up a Virtual Machine with Linux. Not anymore, now you can run a core component of Linux, right on top of Windows.
Details


Please note, there are no penalties in regards to performance and functionality. Setting up and configuring the Windows Subsystem for Linux on Windows will require some command line experience, but you will likely know what you are doing, if you want it. Lets take a look at how to do it. Please note, this functionality is still being refined. The final release of Windows 10 which will include the Linux Subsystem will be released this summer.

To learn more about Bash and the Windows 10 Anniversary Update, check out the following articles: 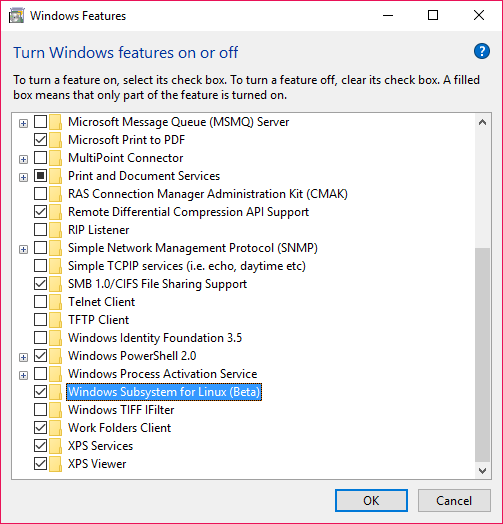 Restart when the installation is complete. 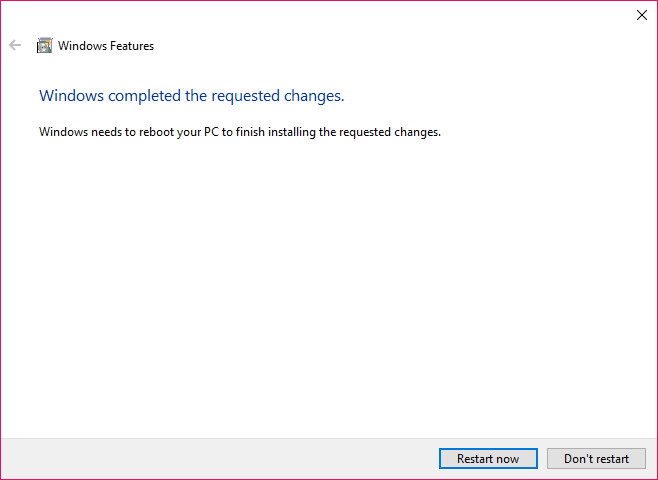 At the command prompt, type: bash then hit Enter 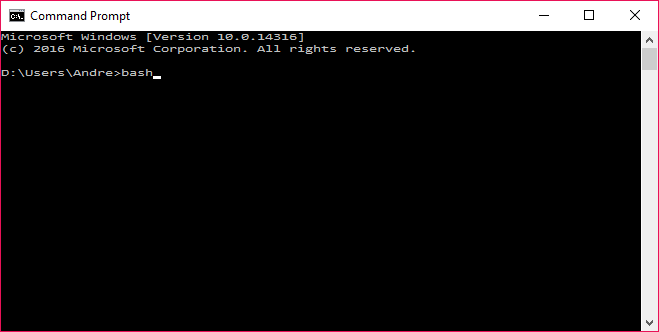 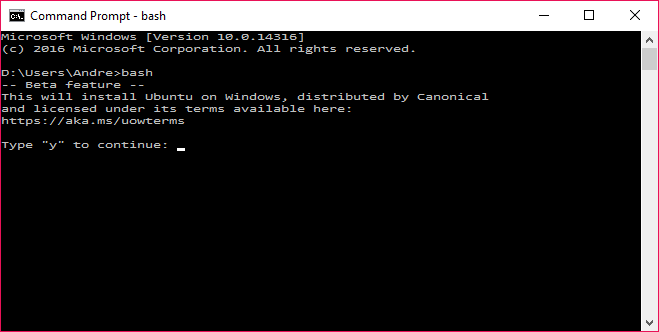 Wait while Ubuntu on Windows is installed, this can take a while depending on the speed of your Internet. 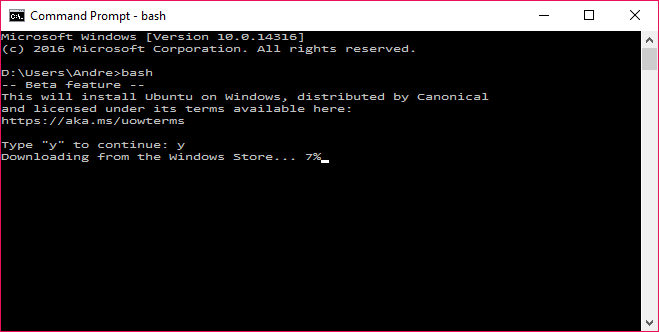 When complete, wait while Ubuntu on Windows is configured. 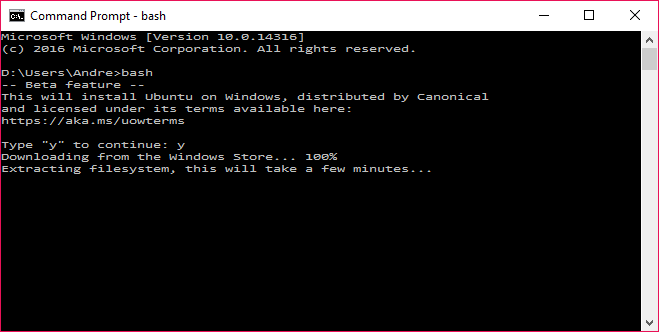 That's it, you now have full access to Linux Command Line Tools on Windows 10. 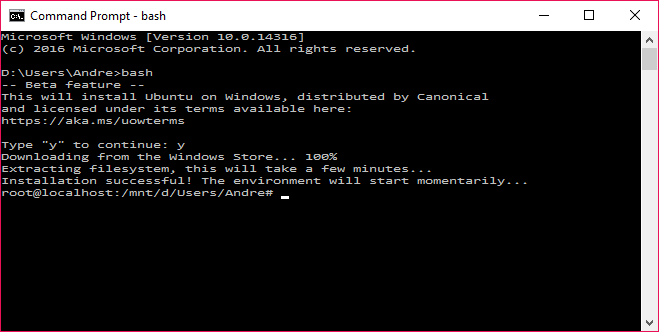 How to: Upgrade a dual boot installation of Windows and Linux to Windows 10 - Part 1

Actually 1056.240 is later. What is this difference in version numeration? Are they different branches? How can we swap/rollback/whatever? Is it due to Edition?

PS: It's funny how you said it's unbelievable people can't see the difference between two numbers, then wrote the version number wrong.

You haven't explained the difference, nor given any solution, method or whatever.

Let's keep on arguing what does LATER mean.

It looks like build 14316 or newer is not released to the public yet.  See article (http://www.eweek.com/enterprise-apps/windows-10-preview-build-14316-brings-bash-unix-shell.html)  It is due for release this summer.  Once it is release; you can update to the newer built and enable the optional feature (Windows subsystem for Linux).  If you are part of the insider early release program; you obtain the beta copy of Windows 10 update to built 143xx or newer.  Here is a history of the build release (http://answers.microsoft.com/en-us/insider/wiki/insider_wintp-insider_install/what-happens-when-a-build-reaches-its-expiration/d1583f70-8e7f-45b9-8bf7-bfa5ae673303)

If you are part of the Insider program; you can download the latest build from (https://www.microsoft.com/en-us/software-download/windowsinsiderpreviewiso)  Hope this help.

It looks like build 14316 or newer is not released to the public yet.  The version you have (10586.240) is a public release of Windows.  See article (http://www.eweek.com/enterprise-apps/windows-10-preview-build-14316-brings-bash-unix-shell.html)  It is due for release this summer.  Once it is release; you can update to the newer built and enable the optional feature (Windows subsystem for Linux).  If you are part of the insider early release program; you obtain the beta copy of Windows 10 update to built 143xx or newer.

Here is a history of the different build (http://answers.microsoft.com/en-us/insider/wiki/insider_wintp-insider_install/what-happens-when-a-build-reaches-its-expiration/d1583f70-8e7f-45b9-8bf7-bfa5ae673303)

You can download the latest build from (https://www.microsoft.com/en-us/software-download/windowsinsiderpreviewiso)  Hope this help.

ByronSmith0
Wow! What a neat thing to install. I'm on Build 14385 with this installed. Anyone have any idea if they will update the Linux subsystem to 16.04? I prefer that version of Ubuntu since that is what my VMs are, but no biggie. Kudos to Microsoft, because 10 years ago I never would have dreamed of this.
Developer - (n.) Biological organism trained to turn coffee and pizza into code.
DO
Dougee
Update this for the "Anniversary Update" release.

Andre Da Costa
Will do, but there is not much difference between these instructions in previews and the final release. It says beta in the Released version.
Best,
Andre
Windows Insider MVP
MVP-Windows and Devices for IT
twitter/adacosta
groovypost.com
PH
philippeko

Install Bash for Windows 10 with Windows Subsystem for Linux <3

--philippeko
IB
IbadHudu
This document was very help to my need and it is very good to the point. Thank you